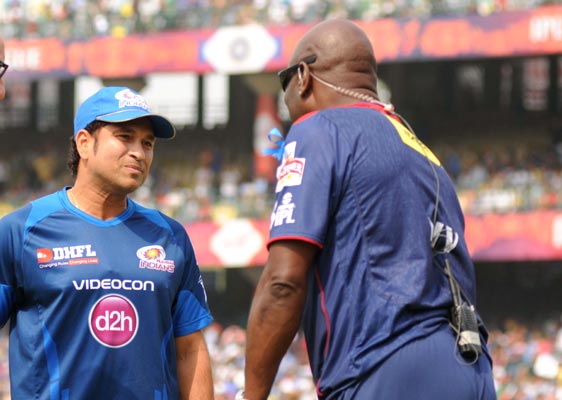 Sachin Tendulkar's prolonged form slump may have raised questions on his retirement but West Indies batting legend Sir Vivian Richards reckons the veteran batsman is still a "class act" and should not be pressured into calling time on his career.

"When Sachin wants to retire is his call. It's completely an individual call. He alone should decide. I would never dare to walk up to Sachin and tell him that 'You go tomorow'," Richards said.

- Virat Kohli reminds me of myself, says Viv Richards

"Everyone knows that I am a fan of Sachin. He is still a class-act and doesn't look out of place even in T20's which is a modern day game. Let him go to 50 and I will still like to watch him," Richards, who is in an advisory role with Delhi Daredevils team, said in New Delhi, on Thursday. 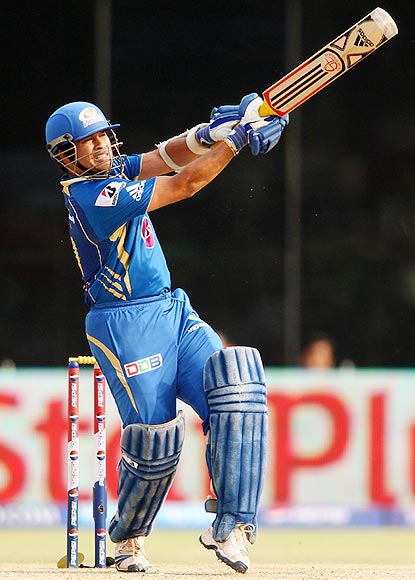 Richards felt that the meticulous approach with which Tendulkar prepares for a match is an indicator about his passion for the game, something youngsters can learn from.

"Having Sachin is a wonderful indicator about how one prepares for a match," he said.

'Viru can take a cue from Gayle's approach' 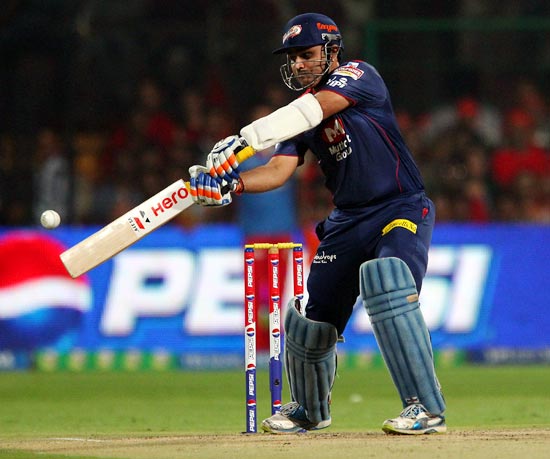 The veteran of 121 Tests said Virender Sehwag still has a lot to offer to Indian cricket and should take a cue from Chris Gayle's batting approach.

"We all know that Sehwag is a magnificent player. What has happened to him can happen to the best players, but I will always have him in my team," he pointed out.

"Viru can take a cue from Gayle's approach. When I mean you bluff the opposition, it's about changing your approach a little bit. Gayle loves to hit sixes from the first ball, but there are times when he waits for a certain period of time before attacking.

"I want Viru to do that. Take a few singles and stay there. Because when players like Gayle and Sehwag stay for a longer period of time the bowling side starts sweating a little. They start apprehending as to when these guys will have a go," Richards explained.

The Delhi Daredevils' IPL has been disastrous but Richards said he has come to "keep the hopes alive".

"They (Daredevils) did very well last year and just because they have lost doesn't make them a bad team overnight. If they work collectively, better days are sure to come," he said.

The 61-year-old Antiguan believes that one needs to look at the bigger picture about how results can change in sports over a period of time.

"Look at Barcelona and Real Madrid. Such great teams taking a hiding in the Champions League semi-finals regardless of the quality of players they have. But they need to continue to keep up the faith and show the 'never-say-die' attitude." 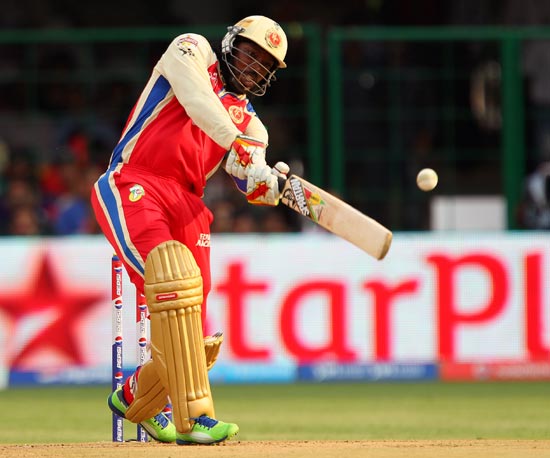 When questioned whether Gayle's technique of "stand and hit" will mark an end to all the coaching manuals which talk about footwork and shoulder position etc, he said "I doubt Chris plays like this in Tests".

"You have to realise that each format now has a different requirement. I am very happy to see the way modern day cricket has evolved in the era of T20. I wouldn't like to get into comparisons as to how I would have fared. I guess, everyone nowadays fancies their chances when you have 65-yard boundaries."

Richards gave a simple about batsmanship. "Batsmanship is all about hitting the gaps. If you can't find the gaps, you have to clear the boundary."

Asked what would have been his batting position in T20 cricket, opening or No 4, he replied, "I guess when you play a fast and furious game like T20, you expect to face as many deliveries as possible. You need enough time to compete. I guess the best should play most of the bowling."

Richards believes that a stare at the fast bowler is good enough rather than indulging into mindless sledging.

"For me, aggression is not about having an elaborate discussion on each other's parenthood! For me, it's about standing my ground. You might get out early and get a mouthfull from the fast bowlers.

"Fast bowlers are different substance but you need to stand upto that pressure. Try and score 100, 150 or even 200. That's the best way to answer as seeing your face should hurt that fast bowler."