Sign in  |  Create a Rediffmail account
Rediff.com  » Cricket » I was desperate to spend quality time at the wicket: Compton

I was desperate to spend quality time at the wicket: Compton 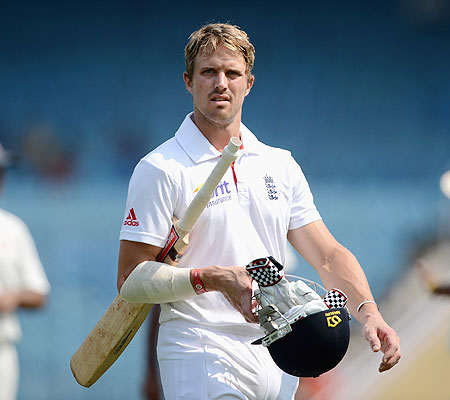 His satisfaction stemmed from the face that he managed to stay at the wicket for a sufficient time and score runs against Mumbai A in the drawn three-day practice game in Mumbai.

- England-Mumbai 'A' game ends in draw

"It's not been the ideal start. Sometimes you have to give yourself time. It's a new country, a new bunch of teammates so it does take a bit of time. Perhaps I was a bit hard on myself. But for me, the most important thing was to spend some time out in the middle as early as I could. The more balls I face and the more time I spend at the crease will help me for future games," said Compton, after scoring an unbeaten 64 off 162 balls at the D Y Patil Stadium.

"I was desperate to spend quality time at the wicket. I was happy I stayed there for more than three hours and scored some runs. The time out in the middle felt better, I will definitely try to build on it.

"I feel like this has given me three hours in the middle. I think I got my balance back and the feet got moving. Earlier in the game my feet weren't moving that well and I got caught out, but that can happen. We've had 6-7 weeks off in England," he added.
Tags: Nick Compton , England , Mumbai 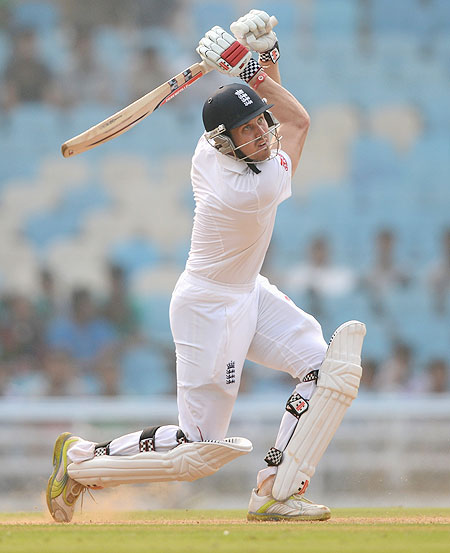 Compton, who is vying with rookie Joe Root for the second opener's spot alongside skipper Alastair Cook, made 0 and 1 before Monday's unbeaten knock in the two innings he played after arriving on Indian shores on October 29.

"I would be lying if I said I didn't have an eye on that opening spot. It was very important to get into the mindset for getting some runs," said Compton, grandson of former England great Denis, who had played the Pentangular and Ranji Trophy games in India but never a Test.

The 29-year-old South Africa-born Compton said he was pleased with the way he was able to leave the ball in the second innings.

"One should know what to do and what not to do when you come here. Once you are out there in the middle for some time you can bat better. I was a lot more assured in leaving the ball. I stayed calm," he said.

"There's been a number of good performances. Cook has got a 100, (Jonny) Bairstow has got a 100, Samit (Patel) has batted consistently well. Panesar's bowling was accurate, exceptional. I do feel that some batsmen have played well and that does bode well," he said.

'I had good chemistry going with Pujara' 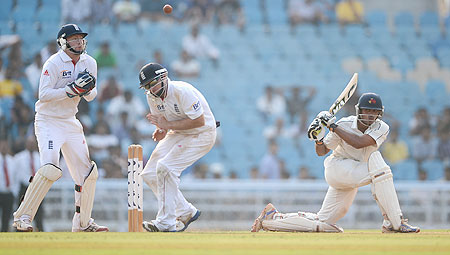 Shah said he and fellow-Gujarati Cheteshwar Pujara got their chemistry going from the first ball during their stand of 163 that frustrated the English bowlers no end on Saturday.

"He is a Gujarati like me and we got the chemistry going from ball one. We wanted to be patient and waited for the bad ball," said Shah, who added that the third Gujarati in the mix, England's Samit Patel used abusive language but in English.

"He abused me but I ignored him and I wanted to give it back with my bat," he said.

Shah said England's pace attack was a very good one and rated it surprisingly higher than the Andy Flintoff-led attack that he had faced for the Cricket Club of India President's XI during a previous visit by England.

"I faced that high quality attack which had Flintoff, Harmison, Hoggard and Jones. This was even better," he said.
Tags: Hiken Shah , Panesar , England , Samit Patel , Cricket Club of India
More
© Copyright 2022 PTI. All rights reserved. Republication or redistribution of PTI content, including by framing or similar means, is expressly prohibited without the prior written consent.
Write a
Comment
Print this
article
ALSO
READ