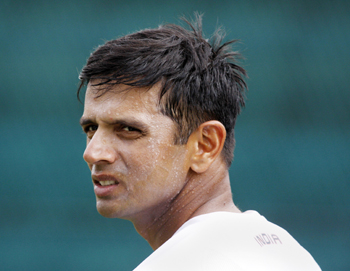 Now, as the Indian team embarks on both the tours as the world's No 1 team, Dravid, no longer the captain, is looking to make major contributions with the bat.

It's been 15 years since he made his Test debut, with a solid innings of 95 at Lord's. This time he is hoping to get a hundred and etch his name on the Honours Boards at the famed cricket stadium, also known as the Home of Cricket.

Dravid, 38, has been an integral part of the Indian Test batting line-up, regarded one of the best in contemporary cricket. He is the third highest scorer in Tests, with more than 12,000 runs to his credit, and has held the most number of catches (200), but the veteran is not satisfied yet and wants to keep going and improving.

- 'Hopefully someday I will wear that India jersey'

The batting ace discusses India's rise to number one in Tests and why he believes bowling will hold the key to the team's Test future in an in-depth interview with Senior Associate Editor Harish Kotian.

You must be having happy memories of the West Indies, having led India to a Test series victory for the first time in 35 years in 2006?

Obviously, I have some very fond memories of the last tour. We played some very good cricket right through the tour and then to win in the end was really good.

'The goal is definitely to win it and win it well' 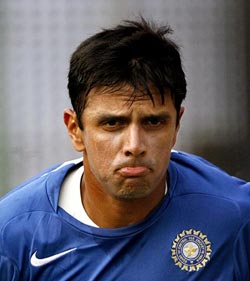 Do you think we can better that performance (1-0 win in Tests) this time, because the current West Indies side looks quite weak?

I don't think you want to worry what happened the last time around, because every tour is a fresh start, every game is a new one. The goal is definitely to win it and win it well!

What has gone into India rising to number one in Test cricket? You certainly played a major role during your tenure as captain.

I think it is a combination of things. India becoming the number one Test nation is a process that started long back. It takes time, because you have to win matches; you have to win series home and away consistently over a period of time. It has taken a while and the credit must go to all the players and everyone involved in Indian cricket. There were not only players but people involved on the outside as well, who have played a part and helped us reach where we are.

Hopefully we can keep doing that and we will be a force to reckon with irrespective of whether we are number one or two, because the rankings don't matter. Sometimes you may be one and sometimes two, but I believe that India is always going to be a serious force to reckon with now and going ahead in the future.

'There is a good crop of young batsmen coming through' 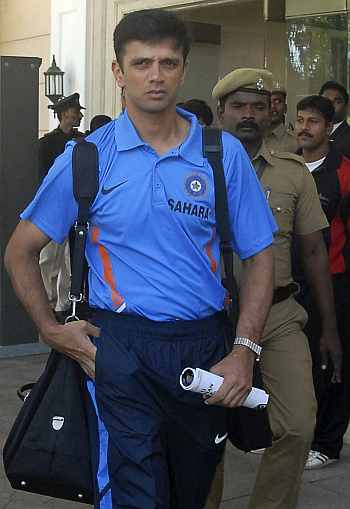 One of the raw materials that you talked about in India's rise to the top in Tests would definitely be the batting line-up comprising greats like yourself, Sachin Tendulkar, VVS Laxman, Sourav Ganguly and Virender Sehwag. When the batting really stands up and takes those spots. There will be a good amount of competition between a group of good young players in the years to come.

'For me longevity has been about raising the bar' 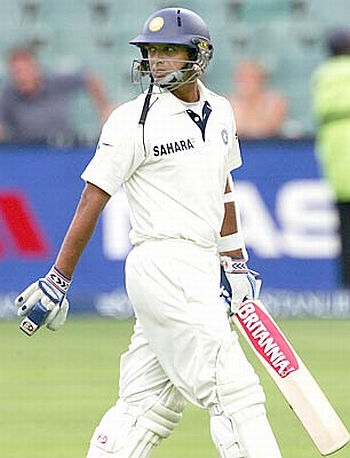 Despite starting out with so much exposure and experience, I don't think it will be easy for the next crop of players to replicate the success that guys like you have achieved at the Test level. You have played for 15 years at international level and achieved so much. What is the secret of your longevity in the game? Is it the long hours batting in the nets and looking to improve everyday?

Talking about the longevity, I think it is unfair to compare guys who have just started out to someone who has been there for a long time.

Who knows what these guys will be in the next 10-15 years? So, people got to give them time before passing their judgment. Probably ten years down the line someone might have done better than all of us. Who knows?

Personally, for me, longevity has not just been about constantly improving and looking to get better. It has been about raising the bar or raising the standards. I think that is what it has been all about for me; to keep pushing myself to new heights all the time.

You started your career on a high, scoring 95 on debut at Lord's, in 1996. VVS Laxman recently said he wants to score a hundred at Lord's. Is that something you too want to achieve, because this could well be your last tour to England?

We would love to win a match there; it would be lovelier if I can score a hundred too. The more important thing, obviously, would be winning a match at Lord's. And it being the first match of the series, it would set up the series for us perfectly.

'You don't want to get too satisfied' 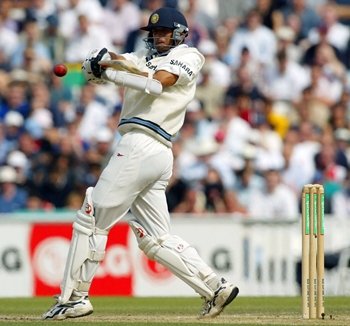 You have scored 31 centuries, including five double hundreds. Can you name your top five innings in Test cricket?

It is hard to sit down and pick a few from the list. All of them are special, and each of them has its significance in its own way. They are all special to me.

Some of them are, obviously, the ones where you play an innings that leads to victory; it might not be a hundred, but, maybe, a 60 or 70. Those innings which have helped the team to victory are all special ones.

You are third in the all-time list of top run-scorers in Test cricket with 12063 runs. You also hold the world record for most catches, 200. Are you satisfied with your achievements in Tests?

You don't want to get too satisfied, and that is really the way I played cricket. I look to keep getting better and keep raising the bar.

How do you rate Mahendra Singh Dhoni as captain? He is enjoying a dream run.

He has been terrific and has done a great job. As a captain he has had a lot of success and has just been able to exude a very good calm on the field.

He is tactically very good and he won some very big tournaments. It's probably phenomenal what he has done in terms of victories as a captain.

Under him India has gone to number one in Tests, won the World Cup, won a couple of IPLs, the Champions League. He has done a great job so far.

'I have not even thought about England yet' 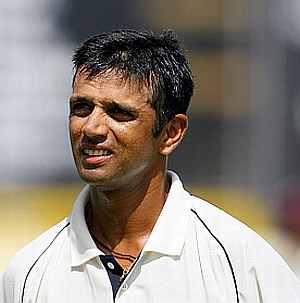 New coach Duncan Fletcher believes India can dominate world cricket for the next 5-10 years. Do you also support that view?

I think we definitely got the talent and raw material. Whether we do it or not is a different thing, but the raw material is there and the balance is there.

As I said earlier, a lot of it will come down to the bowling attacks we produce, and which of the young bowlers can step up and deliver. I believe that will determine how successful we are for the next 5-10 years.

One of the growing concerns in recent years is the attendance for Test cricket, which is dwindling steadily. You recently played for the MCC, where experimentation took place with regards to day-night Test cricket, with pink balls. Do you think it would be possible to hold a day-night Test match? Will it bring the fans back?

In terms of visibility, I didn't find a problem with the visibility of the pink ball. We played a match in Dubai where there was no dew; so that was not a factor.

Obviously, deciding the place where you can play, some factors will come into it to ensure that is not an uneven contest and it doesn't favour one particular discipline. But I definitely feel there is scope for it in the future if all the conditions can be met.

The Test series against the West Indies is next on the agenda, but people are already talking about the showdown against England, pitting the two best Test teams against each other. How tough an assignment will that be?

To be honest, I have not even thought about England yet. My focus is on the West Indies tour as of now.

We will tackle England when we get there. I know everyone is talking about England, but I think playing the West Indies in the West Indies will be a big challenge too. So my focus is on that right now.