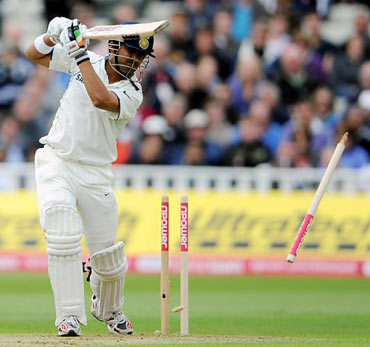 India succumbed to its second successive overseas series whitewash on Saturday and the bulk of the blame should go to its famed batting line, which failed miserably in what has turned out to be a disastrous Test series against Australia.

Most of the batsmen, including captain Mahendra Singh Dhoni, opening pair of Virender Sehwag and Gautam Gambhir, veterans Rahul Dravid and VVS Laxman, cut a sorry figure in the series. 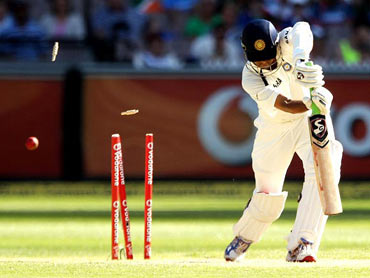 Dravid, known as "The Wall" of Indian cricket, crumbled time and again throughout the series and scored just 194 runs at an average of 24.25.

Laxman was no better as he averaged a dismal 19.37 and managed to score just 155 runs from his eight knocks.
Tags: 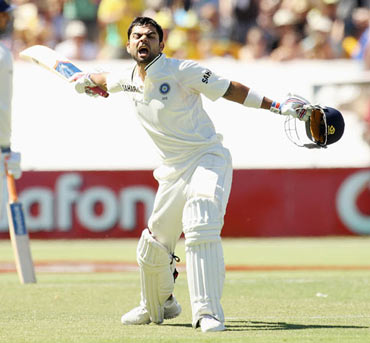 But young Virat Kohli, who made his debut in the series, turned out to be the top performer for India with the bat, scoring 300 runs from eight innings at an average of 37.50. He also scored India's lone century in the last Test in Adelaide with a gutsy 116.
Tags: 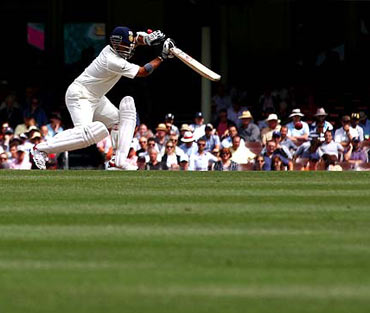 Batting ace Sachin Tendulkar was the second highest scorer for India with 287 runs at an average 35.87. 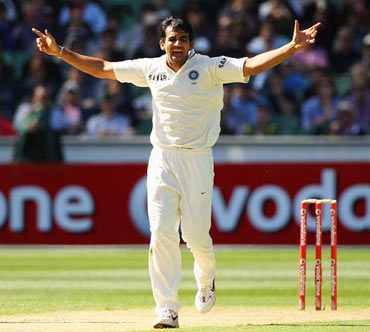 On the bowling front, veteran Zaheer Khan impressed all and sundry in his comeback series by emerging the highest wicket-taker for India with 15 scalps at an average of 31.80, though he lacked the same sting.

Even though consistency was a problem for him, young Umesh Yadav also did reasonably well, picking up 14 wickets with best bowling figures of five for 93.
Tags: Zaheer Khan , Umesh Yadav , India 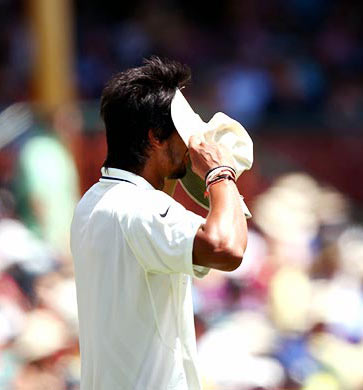 Ashwin has nine wickets to his credit, but lanky pacer Ishant Sharma turned out to be the big disappointment for India, managing just five wickets in the entire series.

Australia, on the other hand, sparkled in all departments of the game in the series.
Tags: Ishant Sharma , India , Australia 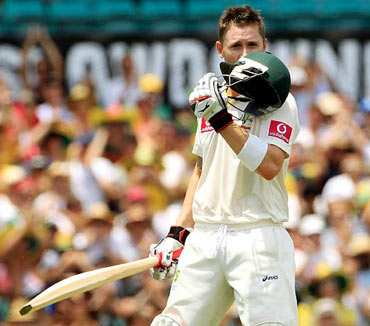 With 626 runs to his kitty from six innings, including an unbeaten 326 in the second Test in Sydney, Australia captain Michael Clarke finished as the top-scorer in the series.

Clarke averaged an impressive 125.20 with the bat and also picked up one big wicket in the series -- that of Tendulkar.

Just behind Clarke was his predecessor Ricky Ponting, who amassed 544 runs with an average of 108.80 with best score of 221. 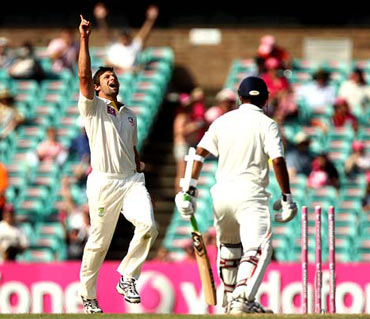 The home team also ran away with the top honours on the bowling front with Ben Hilfenhaus emerging as the highest wicket-taker in the series with 27 scalps at an average of 17.22

Pace spearhead Peter Siddle was closely behind with 23 wickets at an average of 18.65, followed by James Pattinson (11 wickets), who played the first two Tests.