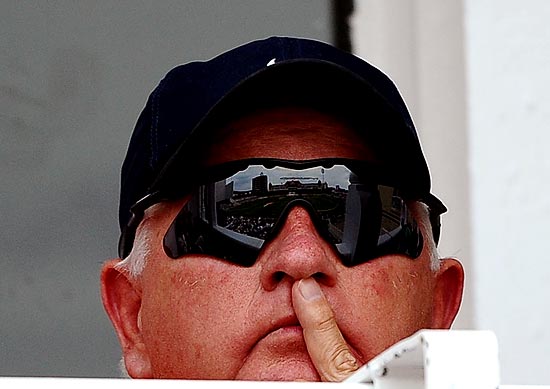 Team India's showing thus far in Australia has brought back memories of last year's whitewash in England. It is not a good sign, says Harish Kotian, if everyone is thinking of a 4-0 result even before the second Test is over.

'At half-time I would have changed all 11 if I could have,' Real Madrid coach Jose Mourinho said, referring to his team's shoddy showing in the first half of the King's Cup last 16 first leg match against Malaga on Tuesday.

A half-time bashing of his players worked wonders. There was a remarkable turnaround as Real rallied from 0-2 down to score a 3-2 victory.

India cricket coach Duncan Fletcher may have to employ similar tactics. One wonders what must have been going through his mind as he watched the team being comprehensively outplayed by Australia on Day 2 of the second Test, in Sydney, on Wednesday.

One is not sure whether he did slam his players like Mourinho did, or gave motivational speeches during the breaks, but whatever he is trying is not working.

It is easy to be all charged up when the team is doing well, but when the chips down the players need to show some passion and lift each other. Sadly, that is missing in the Indian team's showing in Sydney.

Mourinho was brave enough to slam his team, which has some of the world's best players, calling their performance "rubbish".

But will Fletcher be brave enough to resort to similar hardcore tactics, or just keep dancing to the tunes of India's star players and the BCCI? 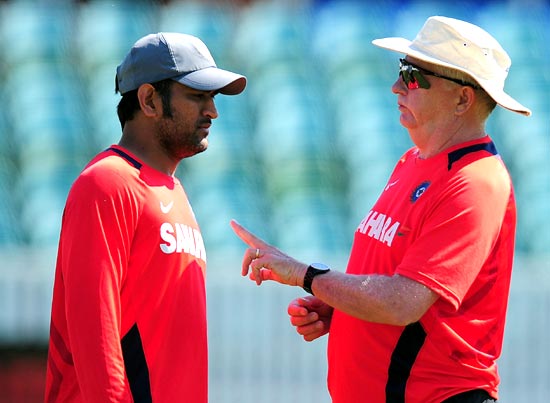 India's first foreign coach John Wright was known to confront the top players whenever necessary and achieved a great deal of success with his man-management skills. Greg Chappell tried something similar, but with a more straightforward approach, which the seniors disliked, and was duly shown the door after the 2007 World Cup debacle.

Gary Kirsten had his own way of dealing with the players, and, along with Paddy Upton, tried to understand their mindset with a lot of one-on-one meetings, which worked wonders when he was in charge.

However, thus far, Fletcher has been a silent spectator and let things drift. He was known to be a tough taskmaster during his time with England, and needs to adopt a similar approach with Team India.

Going by his showing over the last few months, it is clear that he prefers sticking to the list of DO's and DON'Ts given to him by the BCCI before he took charge and won't dare to cross the line. He was a supporter of the DRS before he became India's coach, but since then has changed sides and is singing the Indian cricket board's tunes.

Team India's showing thus far in Australia has brought back memories of last year's whitewash in England. It is not a good sign if everyone is thinking of a 4-0 result even before the second Test is over.

India allowed the game to drift with defensive tactics 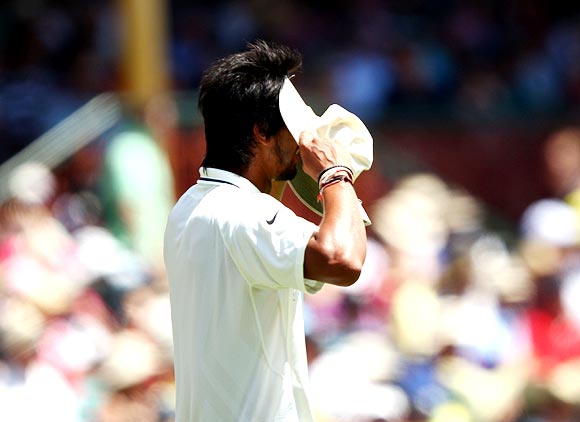 The batting lacked spine, and bowling looked completely clueless once Australia got its batting right in Sydney.

Michael Clarke literally cruised to a double century (251 in 342 balls) and Ricky Ponting continued his revival with a fluent hundred (134 from 225 balls), with Michael Hussey helping himself to 54 of the easiest run he must have ever scored, to take the team to 482 for four in 116 overs, at a run rate of more than four per over.

What was most shocking was that India allowed the game to drift with defensive tactics. There can be no greater crime than allowing easy singles in Test cricket and Mahendra Singh Dhoni has time and again been found guilty of it.

What can explain giving part-timers Virat Kohli and Virender Sehwag the ball against two batsmen well past their hundreds (Ricky Ponting and Michael Clarke), with a well spread out field?

Whether it was to give the frontline bowlers some rest or just a gamble, it was just bizzare tactics! 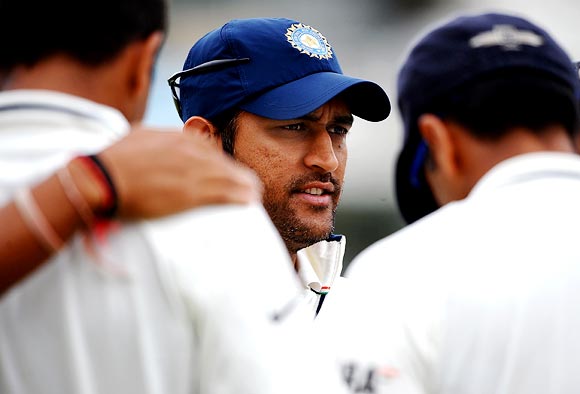 Sourav Ganguly (2003-04 in Australia) and Anil Kumble (2007-08) were able to lead their teams with distinction and fight the Aussies every inch because of their aggressive brand of captaincy. But Dhoni resorts to a defensive approach at the quickest possible opportunity, which sometimes becomes his undoing.

It's normal to go on the defensive in ODIs and T20s when the batsmen are dominating, but in Test cricket you need to be patient and force the batsmen into mistakes; giving away easy singles won't help achieve that.

Perhaps, too much of T20s and ODIs seem to be influencing Dhoni's captaincy in Test cricket. Clearly, he struggles as a captain when it comes to Test matches overseas, as is being witnessed in Australia so far and on the England tour last year.

As Ian Chappell rightly said on commentary, "Dhoni is a very good captain in ODIs, but has struggled in Test matches."

The Indian team's body language also clearly gave out signals that they have given up hopes and just going through the motions.

At the moment, there seems no remedy to India's woes. We as fans and spectators must also go through the motions in the hope of a better showing the next day, or next match!