News
Business
Movies
Sports
Cricket
Get Ahead
Money Tips
Shopping
Sign in  |  Create a Rediffmail account
Rediff.com  » Cricket » Zaheer on why Hardik is not bowling in IPL

'We are looking forward for him to bowl, he is very keen and really wanting to bowl, we just have to wait and be patient and listen to his body.' 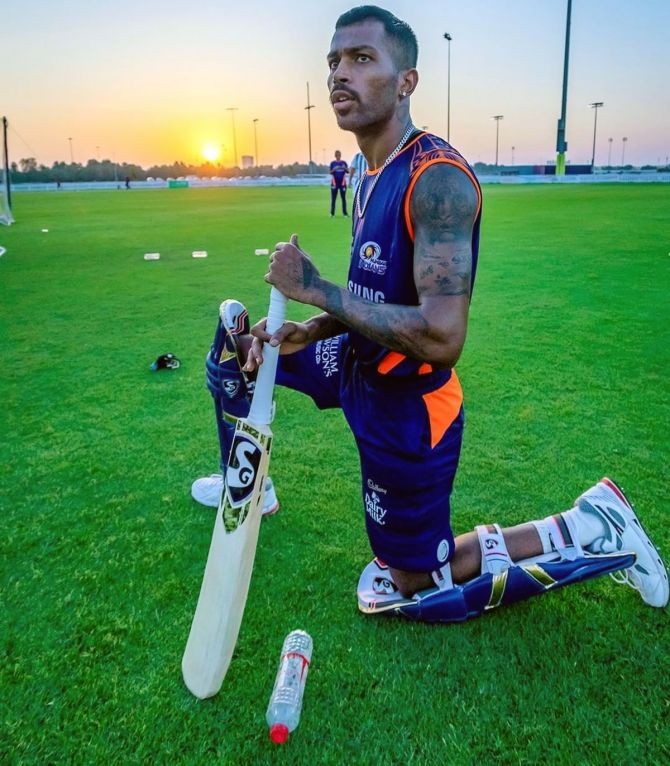 Mumbai Indians Director of Cricket Operations Zaheer Khan on Sunday said Hardik Pandya is keen to bowl but the team management needs to listen to his body as the all-rounder is playing after a lengthy lay-off due to a back injury.

The 26-year-old Hardik, who underwent a back surgery in London in November last year and returned to cricket in March, did not bowl for Mumbai Indians in the first two IPL games.

"We are all expecting him (Hardik) to bowl and he is someone who really changes that balance of any side when he is bowling and he understands that," Zaheer said when asked about Hardik's bowling.

"But we have to listen to his body and that is something the conversation which we have been having in consultation with the physios.

"We are looking forward for him to bowl, he is very keen and really wanting to bowl, we just have to wait and be patient and listen to his body. At the end of the day for any bowler injuries play a huge role."

Hardik scored 18 and 14 in the last two games against Kolkata Knight Riders and Chennai Super Kings.

"We are happy that he is there as a batter and with full fitness contributing and that is the exciting part and hopefully you will see bowl soon," Zaheer said on the eve of the team's match against Royal Challengers Bangalore.

The defending champions, who started their campaign with a loss to Chennai Super Kings, roared back to form with a comfortable win against Kolkata Knight Riders.

The former India pacer backed the team's spinners to come good in the upcoming games.

"Rahul Chahar is a fantastic leg-spinner and has had a brilliant last season and he is looking in good form. As far as matches are concerned, it is a matter of time, things fall in place."

Dew has played a part so far in the 13th IPL with teams preferring to chase after winning the toss with pitch getting easier in the second half and a wet ball making life tougher for the bowlers. However, Zaheer said presently dew isn't a factor.

"So far in the tournament, dew has not been that big a factor because the matches are starting early. That's something which are working well for the bowlers. Few games might see some dew coming in – which bowlers are now used to," he said.

"We have seen some of the bowlers, in practice also, using some water on the seam so that the seam is slippery and adjust their lengths accordingly. So, these are the usual practices which go on in preparation if you have to tackle  situations like heavy dew," he said. 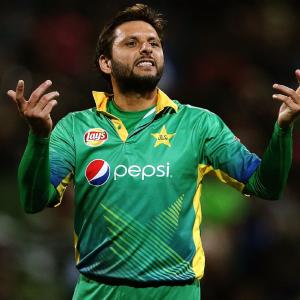