News
Business
Movies
Sports
Cricket
Get Ahead
Money Tips
Shopping
Sign in  |  Create a Rediffmail account
Rediff.com  » Cricket » Yuvraj will 'wait and watch' before making a comeback to Indian team

Yuvraj Singh, who has been ruled out of the upcoming ODI series against England due a broken finger, is in no mood to rush his comeback in the Indian team and prefers a "wait and watch" policy.

Yuvraj is still recuperating from a broken index finger he suffered during the second Test at Trent Bridge, which also forced the all-rounder to miss the entire ODI series in England.

"I can't say much about it (my injury) right now, you will have to wait and see," the left-handed batsman said after launching Chetan Bhagat's new novel, Revolution 20:20, in New Delhi, on Saturday.

Apart from the fracture, Yuvraj also has a ligament tear on his finger which will take some more time to heal.

Asked about whether he had any plans of penning a book on his life in future, Yuvraj said, "My life story is very interesting. I haven't given it a thought but may be I will write someday about myself."

"When I am playing I like to read motivational stuff but I won't say I am a bookworm," he added.

He also refrained from commenting on former Pakistani pacer Shoaib Akhtar's autobiography, Controversially Yours, saying, "I haven't read the book." 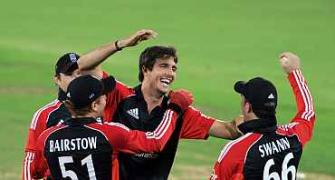 Warm up: Hyderabad XI bowl out England XI for 219 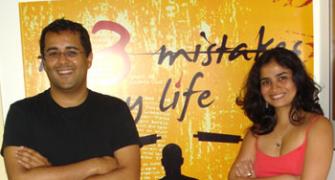 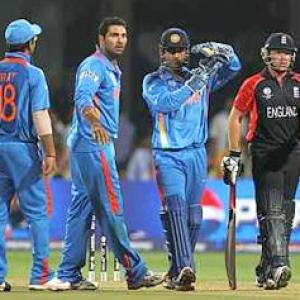 India-England ODI series to be played without DRS Five health checks that will save your heart!