Comeback batsman Yuvraj Singh was picked in the India A squad which will play England XI in their opening three-day practice game scheduled from October 30 in Mumbai.

Yuvraj, who has returned to cricket after recovering from a rare germ cell cancer, showed fine form in North Zone's Duleep Trophy match against Central Zone by getting a double hundred.

The 30-year-old left-hander will be the batting backbone of the 14-member India 'A' line-up, to be led by Suresh Raina. 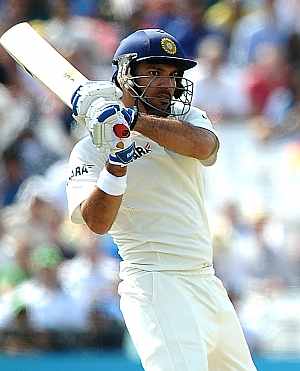 Post-recovery from cancer, Yuvraj had returned to competitive cricket in the World Twenty20 and a good performance in the warm-up game would go a long way in getting him the selectors' nod for the four-match Test series against England starting November 15.

The squad, announced here by the new selection panel headed by Sandeep Patil, features six batsmen in all, including upcoming names such as Shikhar Dhawan Ajinkya Rahane and Manoj Tiwary.

Wriddhimaan Saha is the lone wicketkeeper in the squad.

The bowling attack of the side would be spearheaded by Irfan Pathan and he will have Ashok Dinda and Vinay Kumar to assist him.

BCCI later issued a release, saying that Shikhar Dhawan will not available for the match because of his marriage and he will be replaced by Ambati Rayudu.

"Shikhar Dhawan will not be available for the game, on account of his marriage. He has therefore been replaced in the squad by Ambati Rayudu," BCCI Secretary Sanjay Jagdale said in the release. 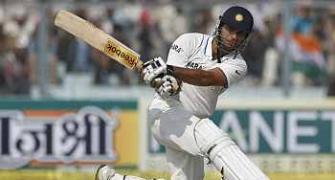 Yuvraj shines with an unbeaten ton in Duleep semis 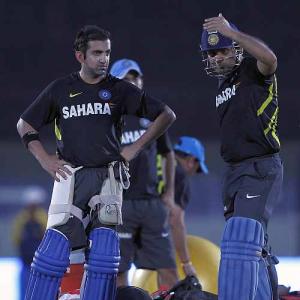