Isa Guha and Simon Doull shared the first look of the Southampton pitch for the World Test Championship final.

'Just 1 more sleep. @ICC WTC final with @BLACKCAPS and @BCCI', Doull tweeted on Thursday with a photograph of the 22 yards that appears to have a decent covering of grass. 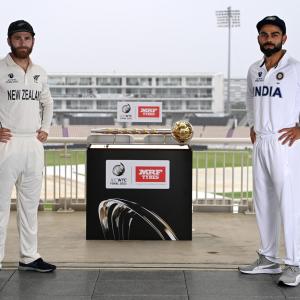