Annihilated by India in their second Super Eights match, an inconsistent Pakistan is faced with a do-or-die situation and need nothing less than a big win when they take on a rampaging Australia in the World Twenty20 in Colombo on Tuesday.

Pakistan will have to pick up the pieces from their all-round failure against the arch-rivals and come up with an inspired performance against the unbeaten Australian side, which is almost assured a semi-final berth after the commanding eight-wicket victory over South Africa in their last game on Sunday.

Aware that one more defeat will spell their exit from the tournament, if India defeats South Africa later on Tuesday evening, Pakistan, after a win and a loss, have to clinch it against Australia to have any chance of making the semi-finals. 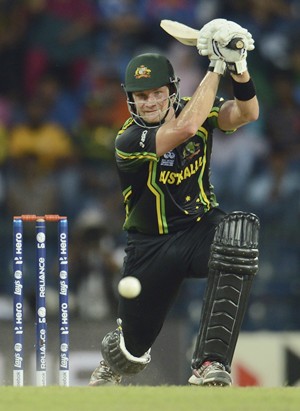 The fight for the second semi-final slot from Group 2 is indeed intriguingly poised as both India and Pakistan have a fair chance of making the cut, with the Aussies enjoying a healthy run-rate of +1.712.

In case Pakistan (-0.426), who are a shade ahead of India (-0.452) in terms of net run-rate happen to win against Australia, Mahendra Singh Dhoni and his men will then have to win comprehensively against the South Africans in order to make it to the last four.

If Mohammad Hafeez's men lose on Tuesday, then everything will boil down to the high-octane clash between India and South Africa. A win against the Proteas will be good enough for them to march into the last-four stage.

Even in case of a defeat, India should ensure that they don't lose by a big margin.

South Africa have lost both their matches in contrasting manner -- a close defeat to Pakistan and a comprehensive one against Australia.

Even if they win on Tuesday, it is an unlikely proposition for A B de Villiers's side to seal a semi-final berth as their inferior run-rate (-0.605) at this stage of the tournament makes their case weak.

On a roll with an all-win record in the tournament so far, the George Bailey-led Australians' eight-wicket win over perennial chokers but serious title-contenders South Africa must have done a world of good to their morale after topping Group B with wins over Ireland and the West Indies.

Pakistan, on the other hand, would have to regroup their resources after being shot out for a meagre 128 against India. Their bowlers also came a cropper, thrashed by the Virat Kohli-inspired Indian batting line-up.

Australia is the in-form side of the tournament, with its top-order batsmen in roaring form and the frontline bowlers among the wickets.

The main worry for Pakistan will be swashbuckling Australian openers Shane Watson and David Warner, who are the most successful pair in the T20 Internationals.

On Sunday, against South Africa, Watson single-handedly guided the team to victory with a brutal 47-ball 70 and 2-29 while bowling.

Such is the terror the marauding all-rounder has unleashed that Pakistan coach Dav Whatmore joked that his team will either have to poison Watson's food or hope that he has a bad day in office against them.

Watson has so far collected four man of the match trophies and scored 234 runs in the tournament. His bowling has also fetched with 10 wickets.

Veteran Mike Hussey has also done his bit at one down and came good against the Proteas with a 37-ball 45.

Fast bowlers Pat Cummins and Mitchell Starc went wicketless in the last game but produced pace and bounce on a slowish Premadasa strip against the Indians.

Africans. Brad Hogg has also taken two wickets from the three matches he has played so far and without being expensive. Both can be handful if the pitch assists slow bowlers.

If there is any cause of worry for the Australians, it could be their middle order batsmen as they have not been tested in the tournament.

On the other hand, Pakistan looked completely out of sorts against India. On their day, the likes of Imran Nazir, Nasir Jamshed and Mohammad Hafeez can take any bowling side to the cleaners but they wilted under pressure against India.

Another problem for Pakistan has been Afridi's sharp dip in form with the willow. A lot will also depend on Pakistan's most talented young batsman Umar Akmal who on his day can take apart any bowling attack in the world. 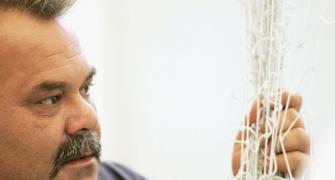 May be we need to poison Watson's food now: Whatmore 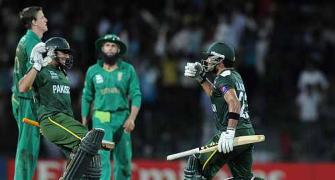 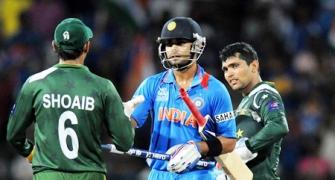 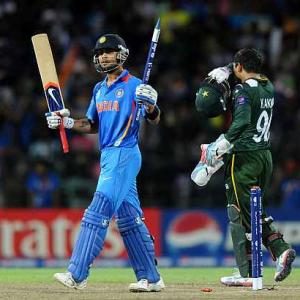 India take on Pakistan in a do-or-die game