England's Dawid Malan has notched up the highest-ever rating for a batsman in the men's Twenty20 International rankings after topping the scoring charts against South Africa, the International Cricket Council said on Wednesday.

The 33-year-old has reached 915 points, the first player to cross the 900-point mark in the format. Australia's Aaron Finch posted exactly 900 points in July 2018.

Malan's terrific run with the bat saw him top the series aggregate with 173 runs as England completed a 3-0 series sweep against South Africa.

His match-winning unbeaten 99 in the final match on Tuesday helped England leapfrog Australia to take the top spot in the men's T20I team rankings.

"On difficult pitches he grinds out a score while when you need to up the run rate and you can't be using up deliveries on dot balls in the powerplay he doesn't - he just goes out and smashes it," Hussain told Sky Sports.

"He never overhits. It's classy batting -- it is not power, it is just timing. At times he makes it look effortless."

Malan holds a 44-point advantage in the rankings over Pakistan's Babar Azam, whom he overtook in September.

© Copyright 2021 Reuters Limited. All rights reserved. Republication or redistribution of Reuters content, including by framing or similar means, is expressly prohibited without the prior written consent of Reuters. Reuters shall not be liable for any errors or delays in the content, or for any actions taken in reliance thereon.
Related News: Babar Azam, Dawid Malan, South Africa, Nasser Hussain, England
SHARE THIS STORYCOMMENT
Print this article 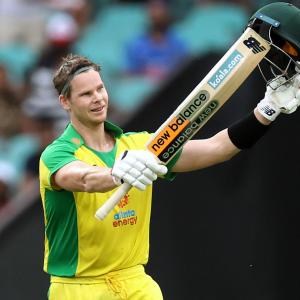