Images from Monday's World Cup match between Sri Lanka and the West Indies, at Chester-le-Street. 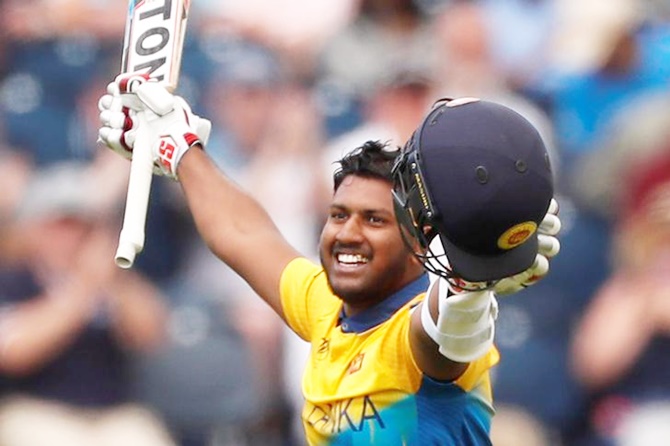 Sent in to bat, Sri Lanka's top-order fired in unison, with Fernando hitting a 103-ball 104, the first century for the Island nation in this World Cup.

His innings was studded with nine fours and two sixes.

Opener Kusal Perera too chipped in with a 51-ball 64 as Sri Lanka posted an imposing 338 for 6.

In reply, Pooran blasted a 103-ball 118, laced with 11 hits to the fence and four sixes, to keep the West Indies in the hunt.

He starred in three crucial partnerships, adding 61, 54 and 83 with Jason Holder (26), Carlos Brathwaite (8) and Fabian Allen (51) respectively to take West Indies close to pulling off an incredible chase. 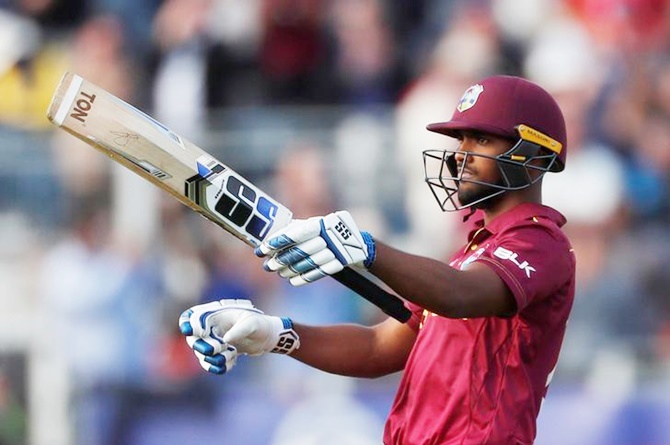 However, Angelo Mathews dismissed Pooran in the 48th over and the West Indies could only score 315 for nine in their stipulated 50 overs.

Following the victory, Sri Lanka are placed sixth on the points table with eight points from eight matches.

The 1996 champions take on India in their final World Cup match on July 6.

The West Indies, also not in the semi-finals race, are placed ninth and will complete their World Cup engagements after a clash with Afghanistan on July 4.

Defending the total, Lasith Malinga struck twice early to leave the West Indies at 22 for two in five overs. 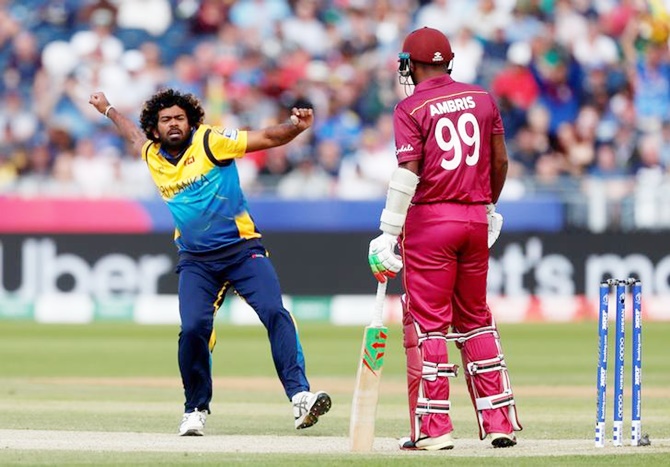 Opener Chris Gayle (35) and Shimron Hetmyer (29) shared a 49-ball stand but frittered away their starts.

Skipper Jason Holder then added 61 runs with Pooran but he too was caught at mid-on as the West Indies lost half their side for 145 in the 29th over.

Pooran played a few big hits but an unfortunate run-out at the other end saw Carlos Brathwaite return to the pavilion.

Pooran and Allen (51) then produced some lusty blows to reduce the equation to 57 runs off 36 balls.

However, another run-out ended the 83-run stand. 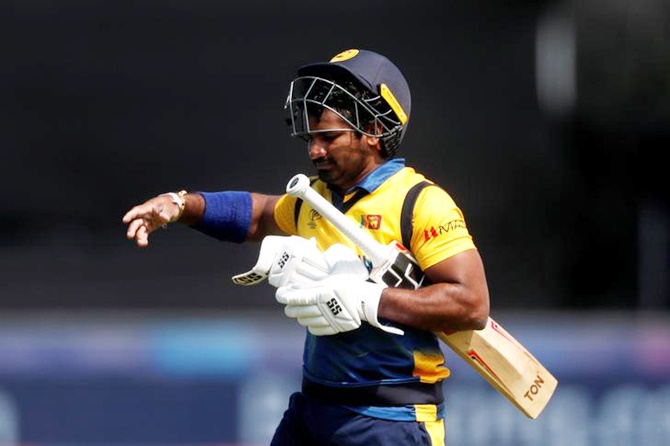 Earlier, Earlier, opener Kusal Perera sent the ball eight times across the fence on the way to a 51-ball 64.

Fernando played the role of sheet anchor, stitching 85 runs with Kusal Mendis and then sharing 58 and 67 with Angelo Mathews (26) and Lahiru Thirimanne (45 off 33), respectively, as Sri Lanka went beyond 250 for the first time in the tournament.

With both teams already out of contention for a semi-final spot, Sri Lanka played with freedom, as openers Karunaratne and Kusal Perera amassed 91 runs for no loss in 15 overs. 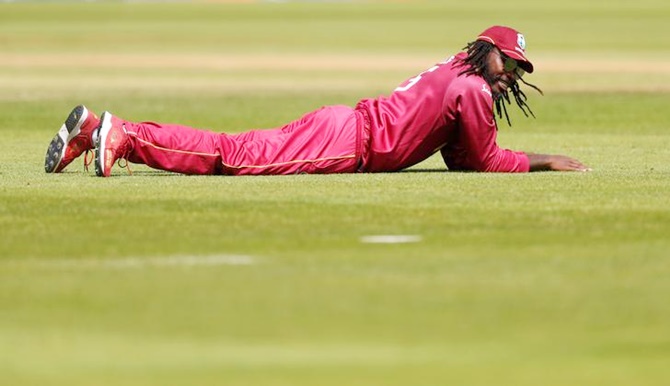 After skipper Jason Holder dismissed his West Indies counterpart Dimuth Karunaratne (32), Kusal Perera too was back after getting run out.

Kusal Mendis and Fernando then took Sri Lanka close to 200 before a remarkable caught-and-bowl effort by left-arm spinner Fabian Allen, in the 32nd over, ended the former's stay. 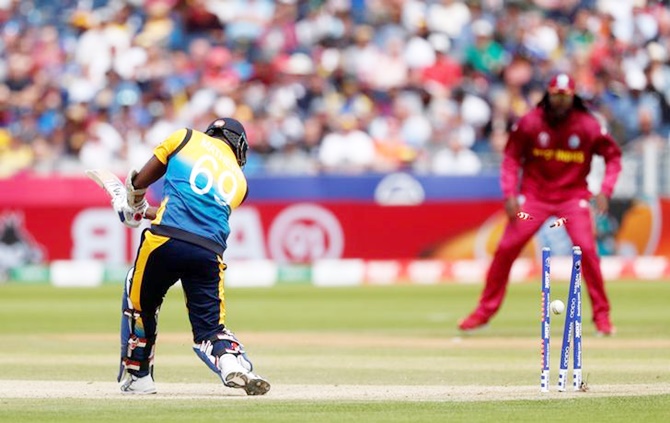 Mathews came up with an enterprising 20-ball 26 before a perfect yorker by Holder sent him back in the 40th over.

Fernando and Thirimanne then joined hands to help Sri Lanka cross the 300-mark.

Fernando completed his hundred in the 48th over with a couple of runs off Carlos Brathwaite but soon holed out to Allen off Sheldon Cottrell's bowling. 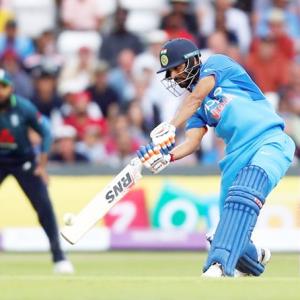