# Stuart Broad (2/65) has registered his best figures in the World Cup. In his only previous encounter against West Indies at Bridgetown on April 21, 2007, he could not get a single wicket.

# Wesley Barresi and Alexei Kervezee were involved in a stand of 36 for the first wicket -- Netherlands' highest against England.

# Doeschate and Tom Cooper have added 78 -- Netherlands' highest for the third wicket against England in ODIs.

# Tom Cooper (47) has recorded his highest ODI score against a Test-playing country.

# Doeschate and Borren have added 61 for the sixth wicket -- Netherlands' highest in the World Cup.

# Netherlands (292/6) have posted their highest ever total against a Test-playing nation in ODIs, bettering the 258 against Sri Lanka at Amstelveen on July 6, 2006. 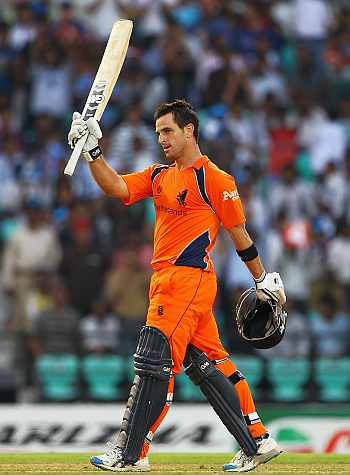 # The aforesaid total is their second highest in the World Cup, behind 314 for four against Namibia at Bloemfontein on March 3, 2003.

# Peter Borren (35 not out) has posted his highest world cup score, bettering the 24 against Australia at Basseterre on March 18, 2007.

# With a fifty on his World Cup debut, Jonathan Trott has registered his seventh fifty in ODIs.

# England's aforesaid total is their second best in a successful chase in the World Cup.

# Ryan ten Doeschate (119 off 110 balls) has recorded his career-best innings in ODIs.

# Doeschate's previous highest in the World Cup was 70 not out against Scotland at Basseterre on March 22, 2007.

# Doeschate's first century against a Test playing country is his fourth in One-day Internationals -- two against Kenya and one each against Bermuda and England.

# England have won all three ODIs against Netherlands.

# Strauss' superb 88 off 83 balls is his highest innings in the World Cup, surpassing the 46 against South Africa at Bridgetown on April 17, 2007.

# Strauss' 27th fifty in ODIs is his fifth fifty in India.  His 88 is his third fifty in succession in India. In his previous two innings, he had made 56 against Australia at Jaipur on October 21, 2006 and 50 against West Indies at Ahmedabad on October 28, 2006.

# Strauss has emulated the highest individual score by an England captain in the world cup.  Alec Stewart had registered 88 off 146 balls against Sri Lanka at Lord's on May 14, 1999.

# Doeschate became the first Netherlands batsman to register a century against a Test-playing country in the World Cup. He is the third player to post a hundred for Netherlands in the World Cup. Feiko Kloppenburg -- 121 off 142 balls and Klaas-Jan van Noortwijk -- 134 not out off 129 balls -- were the first two batsmen to post centuries against Namibia at Bloemfontein on March 3, 2003.

# Doeschate has recorded four hundreds - a record for most hundreds for Netherlands in ODIs.

# Doeschate has been adjudged the MOM for the seventh time - his first against a Test-playing country in ODIs. 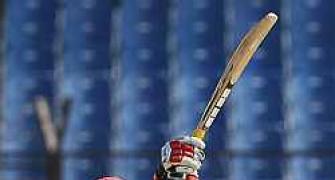 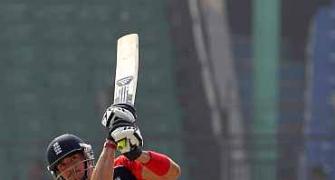 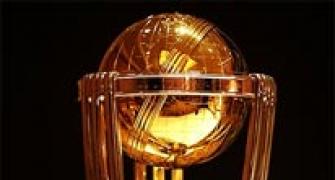 The most open World Cup in history