Most Valuable Player: It is still Afridi vs Yuvraj!

Who are the most valuable players in the 2011 World Cup? Srinivas Bhogle and Purnendu Maji present a statistical look.

With just four matches remaining in World Cup 2011, and with one among India and Pakistan sure to enter the final, it is easy to predict that the most valuable player will be either Shahid Afridi or Yuvraj Singh.

If Pakistan win at Mohali, it will certainly be Afridi. If India win, it should be Yuvraj.

Our list is based on the idea of the most valuable player index (MVPI) which is calculated by adding together a player's batting, bowling and fielding index.

Notice that Jacob Oram has climbed to the 15th place after his QF heroics against South Africa.

And as West Indies, Australia and South Africa depart, we note that their most valuable players were, respectively, Darren Sammy (which is an indicator of how poorly WI played!), Shane Watson and Brad Haddin, and Robin Peterson and A B de Villiers. 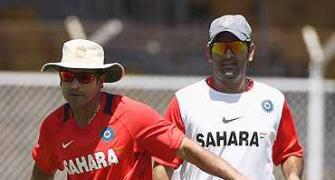 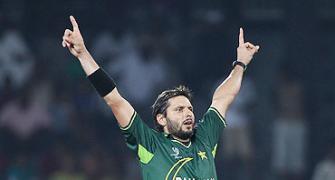 WC: 5 best bowling performances of the first stage
Watson as a Test opener an insult to all: Thomson WC: The best and worst players from the 14 teams