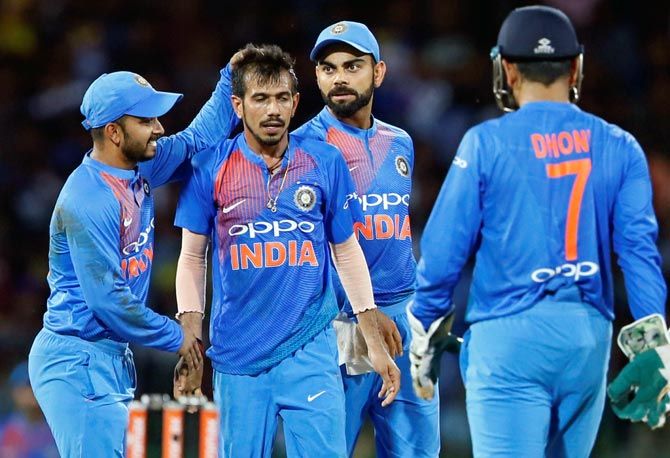 A confident India will look to pile the misery on the a struggling Australia and seal the five-match series when the teams clash in the third One-Day International, in Indore, on Sunday.

It was no small task for Virat Kohli and his men to defend a modest 252 on the Eden Garden wicket, which despite being a two-paced track, favoured the batsmen.

The hosts have their bowling combination working superbly for them. Swing master Bhuvneshwar Kumar and Jasprit

Bumrah have made the Australian top-order look ordinary, while the wrist spin duo of Kuldeep Yadav and Yuzvendra Chahal have made the Kangaroos dance to their tunes.

Australia's plight could easily be gauged from the fact that eight of their batsmen could not touch double-digit scores in Chennai, while only four of them could score more than 10 runs in Kolkata.

India have surely taken a giant step for yet another series win, but the team has allowed the Australians to create a few openings that could have proved detrimental but for some rescue acts.

If the top order floundered in the series-opener, the middle order squirmed in Kolkata, where the bowlers won the match for the hosts.

Kedar Jadhav and Manish Pandey have not made any contribution in the team's cause so far and to keep their places they have to do something worthwhile.

The selectors have named the squad only for the first three ODIs, so it's time that Pandey, who had a decent run during India A's tour of South Africa, and Jadhav come up with something special. 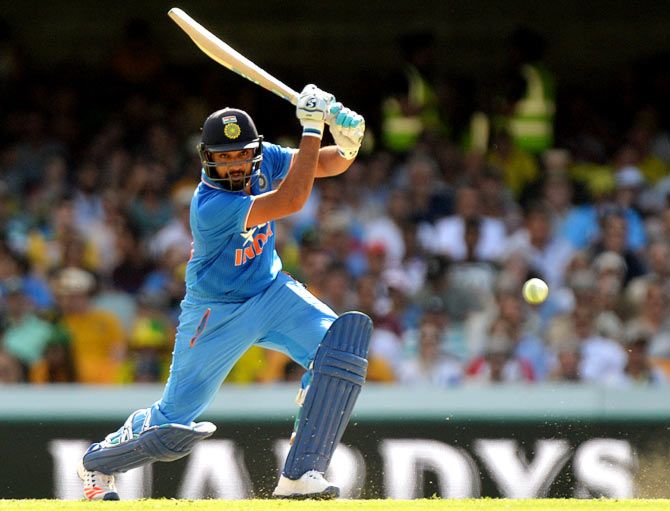 IMAGE: Rohit Sharma needs to come up with a good knock to retain his place in the side for the next two ODIs against Australia. Photograph: PTI

Considering that the team management is looking to identify the number four and five positions for the 2019 World Cup in England, Pandey, at number four, so far has failed to impress.

Jadhav has proved that he is a utility batsman but he needs to be consistent and lift the side when it's faced with crunch situations.

Just the way Hardik Pandya, who is fast establishing himself as fast-bowling all-rounder, did it in Chennai.

In the first match he came good with bat and in Kolkata, he did the job with the ball.

The 70-yard short boundary on all sides would give the batsmen of both the teams chance to get a lot of runs. It has been a happy hunting ground for the Indians with both India captain Kohli (211) and Ajinkya Rahane (188) getting big hundreds at the venue last year against New Zealand in the third Test.

The major reason why the Indian batsmen have not been able to dominate the World champions is the incredibly consistent performance of their pacers, especially Nathan Coulter-Nile.

Coulter-Nile has unswervingly put the ball outside off stump on good length, reminding of the Australian great Glenn McGrath, who was always a thorn in India's flesh with his teasing perfect line and length.

Pat Cummins has also done reasonably well, bowling in tandem with Coulter-Nile. Their approach straight-jacketed the Indian batsmen in both the matches even as the home batsmen restrained themselves from playing atrocious shots in Kolkata.

The strategy has worked well for the Australians in keeping the Indians quiet in first Power-Play overs.

The major concern for the visitors is their spinners. Adam Zampa was taken to the cleaners by Pandya in Chennai and was immediately dropped.

However, his replacement Ashton Agar hardly troubled the Indians in Kolkata, where in complete contrast, the home spinners – Kuldeep Yadav and Yuzvendra Chahal – ruled the roost.

Chinaman Yadav, who became only third Indian to get a

hat-trick in the One-day format in Kolkata, is gradually

giving the team management confidence that he can be India's next big spinner.

In the absence of Ravichandran Ashwin and Ravindra Jadeja, both Yadav and Chahal have done remarkably well. Chahal was very effective and miserly in the middle overs.

The curator has already predicted that wrist spinners will be effective on the Holkar track, giving India enough reason to smile.

Australia, on the other hand, need David Warner to fire at top of the order and Glenn Maxwell to see the side through in the middle order.

These are no alien conditions for them, having played for their IPL franchises for the last few years.

but the kind of fighter he is, a big knock is expected from him. But, more than anything, he needs all his batsmen to buck up and provide some resistance.

They have badly missed Aaron Finch, who has not played as yet due to a calf muscle injury and if he comes back, it will be a big boost for them. 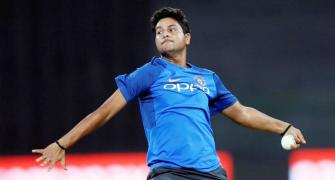 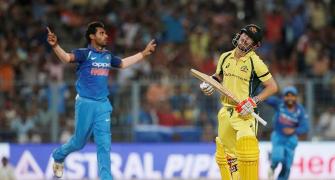 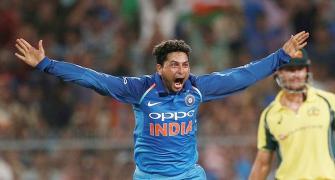 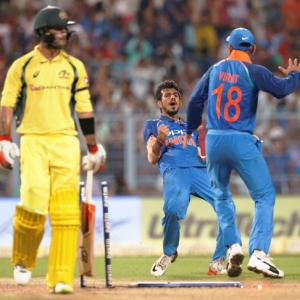 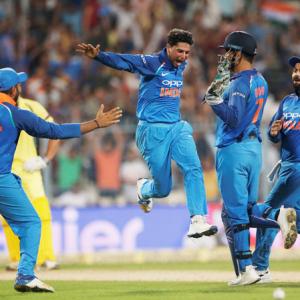