The studies that put Virat Kohli as the top brand now do not have rohit Sharma in the Top 10.
That will change quickly if he delivers the T20 World Cup next year or the ODI championship the year after. 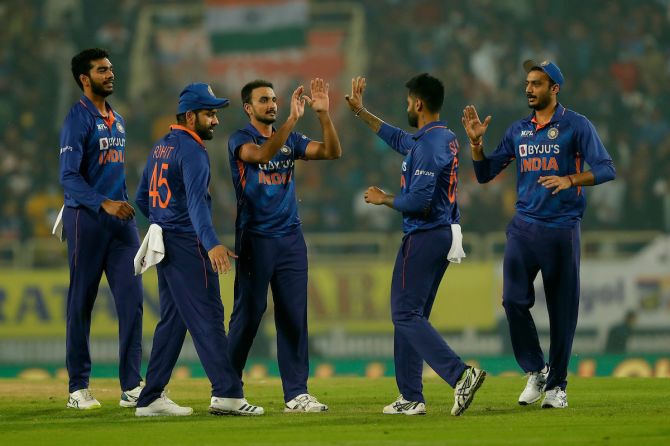 IMAGE: Rohit Sharma with his team-mates during the second T20I against New Zealand, November 19, 2021. Photograph: BCCI

Sourav Ganguly played some great innings. But he was never the best batsman in that Indian lineup. Any ranking of the time would put him fifth among the Big Five, of which Sachin Tendulkar, Rahul Dravid, Virendra Sehwag and V V S Laxman were the other four.

However, studies about the impact on Indian cricket -- the game, not matches -- might put him on top of the list because of the value he created as captain. He led Indian cricket out of the sludge of a match fixing scandal and figured out a way to compete overseas.

Along the way, he lofted the genteel culture of Indian cricket out of the ground with his brand of entitled brashness. Ganguly as a meek wallflower would be as unbelievable as Dravid playing Indiranagar ka Gunda.

Success on the field transformed Ganguly's image from a petulant brat to an assertive leader who won't take rubbish from anyone and give it back to the bullies of international cricket. Steve Waugh, the mastermind of Australia's mental disintegration strategy, probably disliked Ganguly for being more Aussie than Indian.

Captain Ganguly quickly became one of the most sought-after celebrity endorsers of his time. That is possible in cricket. It is a non-linear game. Each ball delivered is an event in which every result from a six to a wicket is possible and the on-field captain has more of a say in the outcome than, say, a soccer or hockey captain.

To look at the present situation, Captain Virat Kohli has been the most valuable celebrity in India for half a decade. A Duff & Phelps study puts him at the top of the heap with a brand value of $237.7 million in 2020. The next nine are movie stars.

Kohli's attributes are like Ganguly's, albeit a touch more brash. While Ganguly's enduring image is the one of his bare torso on the Lord's balcony, Kohli wears his emotion on his sleeve like no other.

Obviously, Ganguly's brand value, in a fledgling endorsement market all those years back, would have been far lower than Kohli's. But he would be the first cricket captain to be a superstar brand.

His rise came in the midst of an almighty rush of international brands coming into a fast liberalising and prospering India. The most straightforward way for them was to get a celebrity with whom consumers connected emotionally.

Ganguly was all emotion. His perceived attributes gelled with a nation that -- to use a popular advertising line of the time -- was letting its heart demand more.

Before him, cricketers indulged in sporadic engagements, such as Kapil Dev endorsing a shaving cream and Sunil Gavaskar lending his face to a beverage brand. Both, by the way, had successful stints as captain, topped by the epochal World Cup win in 1983 for 'Kapil's Devils' and the World Series of Cricket championship in 1985 under Gavaskar.

After Ganguly, the next enduring captain was Mahendra Singh Dhoni, who scaled new peaks of endorsement. In the interim, not counting stand-ins such as Sehwag for Ganguly in a few ODIs, Anil Kumble and Rahul Dravid had brief stints and were swept away as Dhoni won the inaugural T20 World Cup in 2007 and the ODI trophy in 2011.

Dhoni was the ice to Ganguly's fire, his image burnished by his roots in Ranchi that gave hope to millions in small towns.

The handover from Dhoni to Kohli was smooth and inevitable. But Brand Dhoni did not wither away -- the D&P study has him ahead of a few well-known movie stars -- which may be because Captain Cool is still going strong, taking Chennai Super Kings to its fourth win in the world's most valuable cricket league.

How does Rohit hit it off?

The only Indian Premier League captain with more wins than Dhoni is Rohit Sharma, who now supplants Kohli as the captain in the two white-ball formats. Sharma is calm like Dhoni, and tactically as astute. But his brand attributes will be tricky to develop.

Dhoni was 26 when he became regular captain; so was Kohli when he became the Test captain. Sharma is 34-and-a-half. We do have examples of older people becoming youth icons -- a certain recipe for brand success -- but rarely for their athletic prowess. The studies that put Kohli as the top brand now do not have Sharma in the Top 10.

That will change quickly if Sharma delivers the T20 World Cup next year or the ODI championship the year after. That could lead to a biopic.

We have had three in India. Azhar and M S Dhoni have already come out. The one on the 1983 win, with Kapil as the central character, is ready for release. All three were captains. 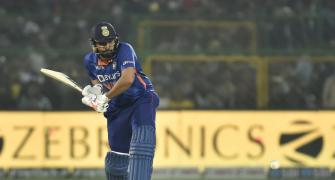 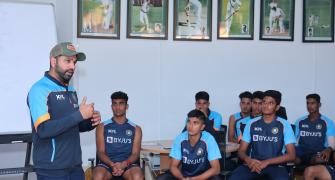 Rohit speaks to India U-19 side at NCA during rehab 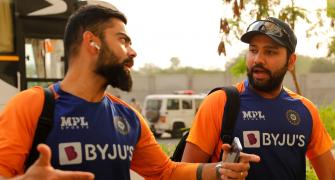 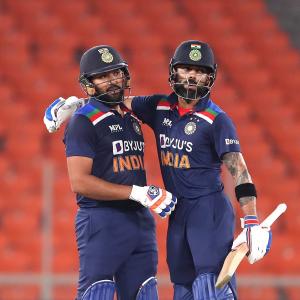 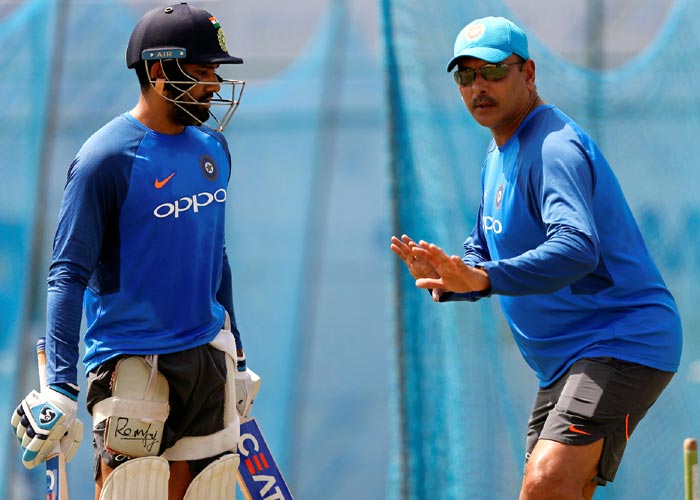 'In Rohit, we have capable guy, who is ready'