'We wanted to show solidarity with Indian Army' 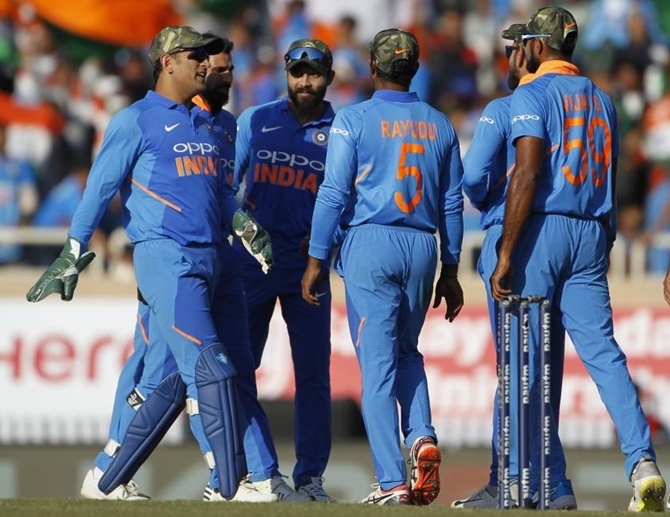 IMAGE: All the Indian players came out wearing the caps handed over to them by former skipper Mahendra Singh Dhoni. Photograph: BCCI/Twitter

The Indian cricket team wanted to show 'solidarity' with the country's Army in the wake of the Pulwama terror attack, bowling coach Bharat Arun said, on Monday, defending the decision to wear camouflage military caps during the third ODI in Ranchi.

All the Indian players came out wearing the caps handed over to them by former skipper Mahendra Singh Dhoni, who is also an honorary Lieutenant Colonel with the Territorial Army.

"We did what we really felt, we needed to do it for the country, in solidarity with what Army has done for the country. In some we wanted to show we appreciate the cause," Arun said on the eve of the fifth and final ODI.

The gesture was not well received by the Pakistani politicians, who demanded an ICC action, calling it politicisation of the game.

"It's beyond us what PCB is saying, beyond our control. The BCCI has done well to take permission from the ICC," Arun said.

A tinge of patriotism has been added to fifth and final ODI as well as the organisers have covered parts of the Wellingdon Pavilion with the tri-colour. 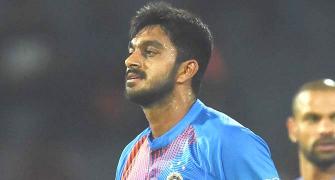