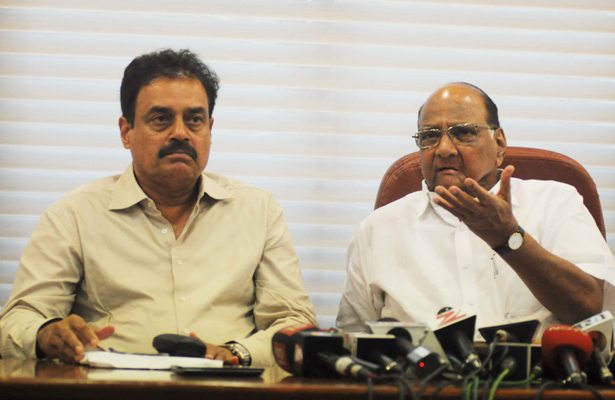 How do you react to the Supreme Court order removing the Board of Control for Cricket in India president and secretary based on the Lodha Committee report recommendations?

I was restless after I heard the news.

The Mumbai Cricket Association is 80 years old and has been promoting cricket vigorously.

The last 60 years have seen about 46 tournaments of the Ranji Trophy, of which 41 were won by Mumbai.

Besides, Mumbai has produced several cricket players including Vijay Merchant, Vijay Hazare, Sunil Gavaskar and Sachin Tendulkar -- all of whom excelled at the international level.

However, with the apex court's order, the MCA's status has been obliterated.

Earlier, the Maharashtra, Vidarbha and Mumbai cricket associations had separate status and standing.

Similar was the case with neighbouring Gujarat. But their independent status has ended after the recommendations of the Lodha Committee.

Sikkim, with a population of about 1.6 million, now has a cricket association that is represented at the national level.

But the MCA representing associations from Mumbai and Thane, despite a population of 15 million, has lost its separate identity.

But it is being done to bring in transparency.

According to the Lodha Committee, all states should be given an opportunity, especially the Northeast, to promote cricket.

Let me tell you, when I was BCCI chief I made a lot of effort.

The Lodha Committee has observed that cricket grounds are not optimally used and the respective associations should give permission for tennis and hockey to be played on those grounds.

If this is allowed, it will damage the cricket pitch irreparably.

Now, we are seeing retired apex court judges guiding the organisation of cricket, how to take the game forward and use grounds fully.

There are a lot of things to learn. However, I am not able to digest this due to my age and, therefore, I resigned as MCA president.

The Lodha Committee also recommended that the BCCI and association office-bearers should not be over the age of 70, should not hold office for more than nine years and should not be ministers or civil servants.

Interestingly, there is no age limit for retired judges, which is quite good, as the country gets valuable guidance from them. Sport is now as much about the game as money, tamasha