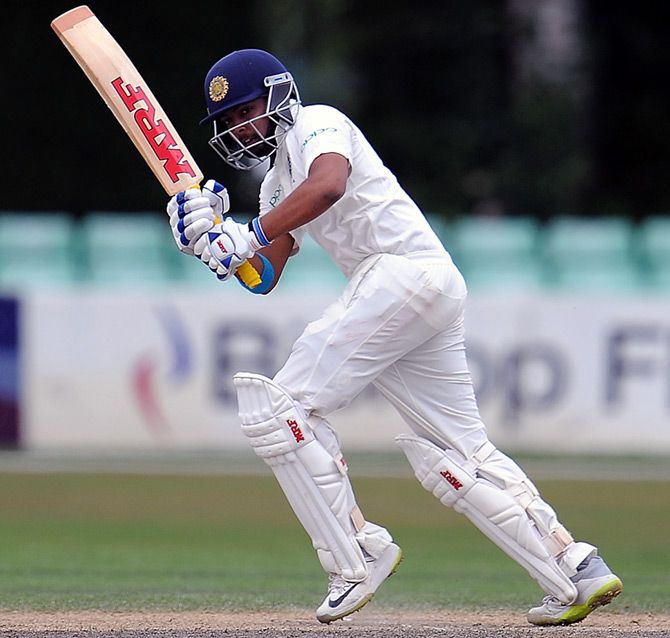 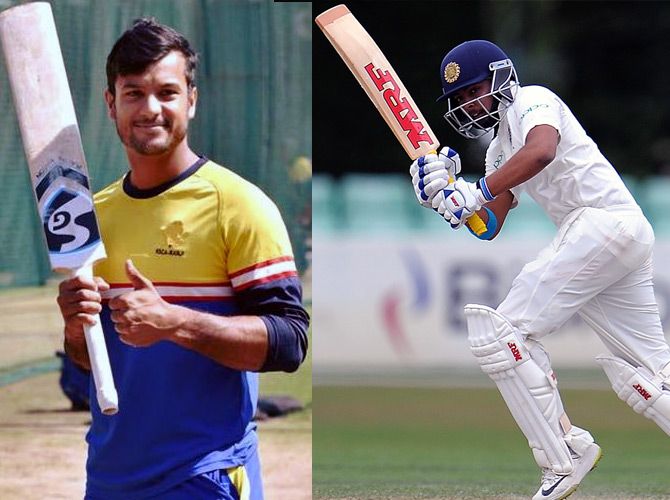 The two-Test series against the West Indies is a good opportunity to try out fresh combinations ahead of the tour of Australia next month.

Having failed in England, India will be keen to prove its credentials Down Under where the Indians are yet to win a series.

The two non-performing openers from the England tour -- Shikhar Dhawan and Murali Vijay -- have been shown the door paving the way for young, exciting Prithvi Shaw and Mayank Agarwal to take centrestage.

K L Rahul's century in the Oval Test narrowly saved him from getting the axe. Either Agarwal or Prithvi will open the Indian innings with Rahul in the opening Test in Rajkot, which begins on Thursday, November 4.

Prithvi was part of the squad in England for the last two Tests, but was not given a Test cap, Captain Virat Kohli opting to stay with Dhawan for the Oval Test, despite the left hander's failure in Southampton.

Prithvi made just 8 in the lone two-day practice game against the West Indies on the weekend, opening for the Board President's XI.

Agarwal made most of the opportunity with a cracking 90, hitting the Windies bowlers for 14 fours and 2 sixes in an 11-ball knock.

Agarwal, the most consistent run scorer in domestic cricket in recent seasons, amassed more than 2,000 runs last season and hit a double century for India 'A' against South Africa 'A' to follow up on his three hundreds for India 'A' during the tri-series in England.

Prithvi, who is just 18, has also been scoring runs in plenty across formats for India 'A' and Mumbai and led India to the Under-19 World Cup title in February.

Hanuma Vihari scored a half-century on debut in England and looks likely to hold onto his spot in the absence of all-rounder Hardik Pandya and the shock axing of Karun Nair.

Nair was benched throughout the five Test series in England.

When a spot opened up in the middle order for the Oval Test after Pandya was dropped, the team management preferred rookie Vihari who came in following his good showing for India 'A' instead of Nair who was part of the original squad and had spent considerable time with the team.

Nair, only the second Indian to hit a triple century in Tests, will wonder just what he needs to do to win Kohli and Head Coach Ravi Shastri's approval without which no player can hope to get into the Indian side.

Ajinkya Rahane will hope to resuscitate his career against the West Indies attack. Rishabh Pant will feel confident after his entertaining maiden hundred at the Oval.

But his wicket-keeping abilities will be under the scanner when he keeps to Ravichandran Ashwin and Ravindra Jadeja on spin-friendly wickets. Rishabh recently underwent a training stint at the National Cricket Academy in Bengluru, practicing his wicket-keeping on turning pitches under special instructions from Chief Selector and former India 'keeper M S K Prasad.

Jadeja's brilliant all-round showing in the Oval Test will see him retain his place. Kuldeep Yadav too could feature in the playing XI for the Tests in Rajkot and Hyderabad.

Siraj, who got his maiden call up to the Test squad, took 11 wickets for India 'A' in the unofficial Test against Australia 'A' in Bengaluru, including 8/59 in the first innings, to follow up on his good showing against South Africa 'A' and during the India 'A' tour of England.

The young fast bowler has taken 40 wickets in his last 9 innings in first class wicket and rightfully forced his way into the Test squad.

The West Indies pulled out of its tour of India midway in 2014-2015 after playing just four ODIs due to a contract dispute with the Windies Board.

The Windies last played Tests in India in 2013, a series fondly remembered as Sachin Tendulkar's farewell series in international cricket.

The West Indies were thrashed inside three days in both Tests and it is difficult to see Jason Holder's team coming up with an improved showing this time around.

As the excitement unfolds, we leave you with the task of picking India's XI for the opening Test.

Ashwin, Jadeja and Kuldeep? Or just Ashwin and Jadeja?

Please click the boxes below to select your team for the series opener in Rajkot. 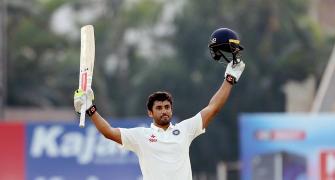 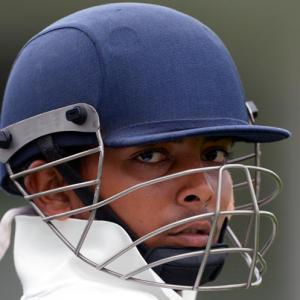