News
Business
Movies
Sports
Cricket
Get Ahead
Money Tips
Shopping
Sign in  |  Create a Rediffmail account
Rediff.com  » Cricket » When you play for India, you have to perform, says coach Dravid

When you play for India, you have to perform, says coach Dravid

'When you play for your country, you have to put in big performances and that's a requirement.' 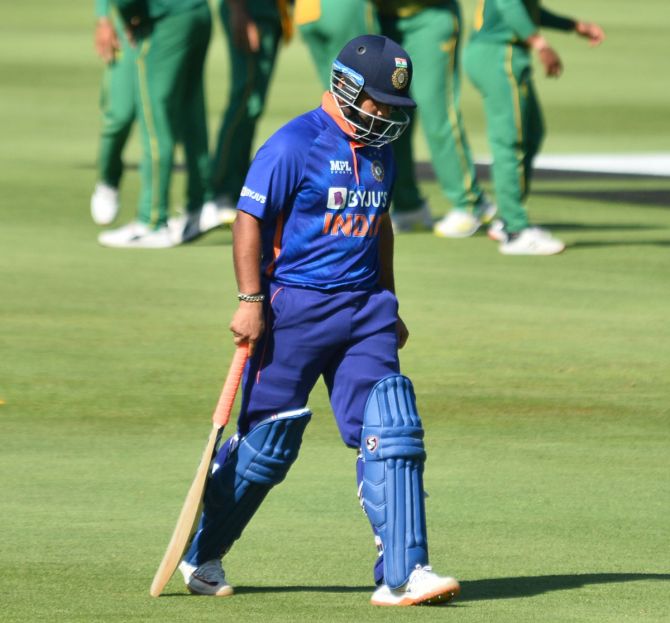 IMAGE: Rishabh Pant walks off after getting dismissed for a first-ball duck during the third ODI against South Africa in Cape Town, on Sunday. Photograph: Grant Pitcher/Gallo Images/Getty Images

He is all for stability and security but India head coach Rahul Dravid says players will also have to deliver 'really big performances' to justify the long rope given to them as he reflected on all that went wrong during a dismal tour of South Africa.

India lost the Test series 1-2 and were hammered 0-3 in the ODIs, outplayed by a team in transition which is also battling several off-field issues, including an ongoing inquiry into alleged racial discrimination.

Dravid did not take names but when he spoke about demanding performances in lieu of security and extended run given to some middle-order batters, he obviously meant Shreyas Iyer and Rishabh Pant.

But then came the rider.

"But idea is to give as much stability as you can."

He also said that people like Shreyas need to put their hand up and perform considering that their is so much competition for slots. He managed scores of 17, 11 and 26 during the series, failing to make an impact.

"Whether you bat 4, 5 or 6, you have got to know what the team's requirements are. Shreyas has gone in pretty early in all three games and he has had enough time (out in the middle)," Dravid pointed out.

"We know guys have done well and we would like to back them as much as possible. Sometimes they would have good tours and sometimes, it won't be possible, that's just the way it is.

"Obviously, there tends to be a lot of competition, people pushing for places and its not easy in that kind of a situation," he said. 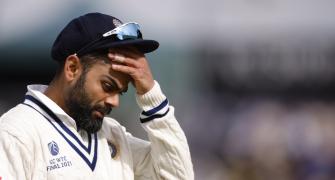 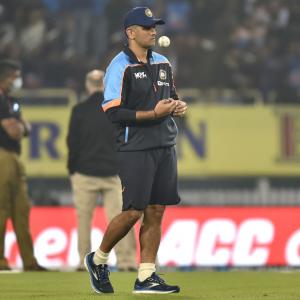 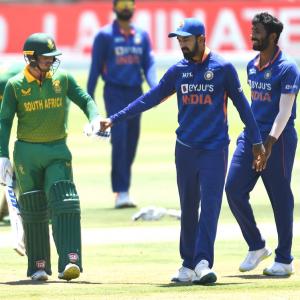