Statistical highlights of the fifth and final One-dayer between India and the West Indies played in Chennai on Sunday.

# For the second year in succession, Virat Kohli is the top run-getter for India in a calendar year. Last year, he had amassed 995 runs at an average of 47.38 in 25 matches.

# Kohli's record against the West Indies is superb in ODIs  580 runs in 12 innings, including one hundred and five fifties.

# Anthony Martin (2/47) produced his best bowling figures away from home.

# Lendl Simmons recorded his sixth duck in ODIs -- his first against India. For the first time in his ODI career, he has been dismissed off the first ball of the innings.

# Pollard registered 10 sixes in an innings for the first time, eclipsing the five during his innings of 94 off 55 balls against Ireland at Mohali on March 11, 2011.

# Pollard's tally of 10 sixes is the most by a batsman against India, surpassing the 9 each by Ijaz Ahmed for Pakistan at Lahore on October 2, 1997 and by Shahid Afridi at Kanpur on April 15, 2005.

# Pollard and Andre Russell were involved in a stand of 89 for the sixth wicket -- West Indies' highest against India in India, eclipsing the 79 (unbroken) between Russell and Darren Sammy at Ahmedabad on December 5, 2011.

# West Indies' best sixth-wicket stand against India in ODIs is 118 between Nehemiah Perry and Ricardo Powell at Kallang Ground, Singapore on September 8, 1999.

# Tiwary's knock is the second highest for India against the West Indies at Chepauk, behind the 113 by Yuvraj Singh on March 20, 2011.

# Tiwary has received his first Man of the Match award in ODIs.

# Tiwary and Kohli registered a stand of 117 (unbroken) for the fourth wicket -- India's highest at Chepauk, eclipsing the 106 between Sachin Tendulkar and Rahul Dravid against the West Indies on January 27, 2007.

# Kohli posted his 18th fifty in ODIs -- his fifth against the West Indies.

# Kohli's 80 off 85 balls is his highest innings at Chepauk, outstripping the 59 against the West Indies.

# Rohit Sharma's tally of 305 (ave.76.25), including three fifties, is his best in an ODI series. He became the first Indian batsman to manage 300 runs in a bilateral series against the West Indies in just five ODIs.

# Rohit got his second Player of the Series award -- both against the West Indies. 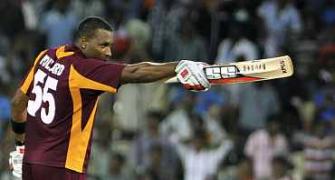 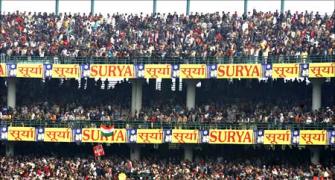 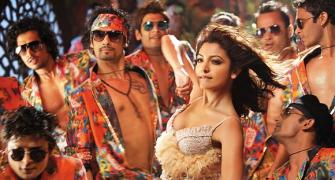