A dominant India put themselves on course for a series-clinching victory even as the West Indies fought resolutely in their second innings to delay the inevitable after conceding a huge 478-run lead in the second Test in Kolkata on Wednesday.

The West Indies were 195 for three at stumps on day three, still 283 runs behind, after India skipper Mahendra Singh Dhoni enforced the follow-on, after bowling the visitors out for a paltry 153 runs in their first innings.

India had amassed a mammoth 631 for seven declared in their first essay, and then rode on Pragyan Ojha's four-wicket haul to take a massive lead.

But the West Indies launched a spirited fightback riding on half-centuries from opener Adrian Barath (62) and Kirk Edwards (60).

Darren Bravo and Shivnarine Chanderpaul were the two unbeaten batsmen at the crease at close of play on an eventful third day.

The visitors had two contrasting batting displays. First, they batted like school kids and conceded a huge lead, their biggest first-innings deficit since 1930 when they fell behind England by 563 runs. Then, in the second essay, they frustrated the Indians with a dogged approach.

India still have a slim chance of bettering their biggest victory of an innings and 239 runs, achieved against Bangladesh in Dhaka (2007). India's biggest margin of win over the West Indies is by innings and 112 runs, in Mumbai, in 2002. 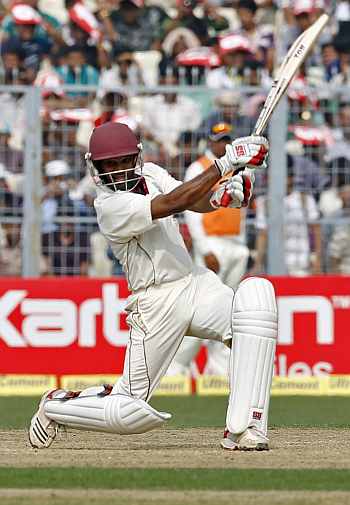 Resuming at 34 for two, the West Indies batted poorly in the morning session and straightway handed the advantage to the Indians.

They showed their inability to play big knocks as their first innings lasted only 48 overs.

They lost eight wickets in the 36 overs bowled in the first session. Left-arm spinner Ojha, who claimed four for 64, gave the hosts their first breakthrough this morning, while pacer Umesh Yadav impressed with three for 23.

Off-spinner R Ashwin took two for 49 as India took their second highest lead after the 492 versus Bangladesh in 2007.

Eight wickets fell for the addition of just 119 runs in the two-and-half hour first session.

After being made to follow-on, the West Indies lost their first wicket of the second innings for 23, when Yadav dismissed Kraigg Brathwaite (9).

However, the visitors overcame the early blow by showing positive intent with the batsmen attacking the Indian bowlers, the mountain of runs in arrears notwithstanding.

Young opener Barath, making a comeback after missing most part of the Bangladesh tour and the opening Test, looked compact as he completed his second half-century against India, and third overall.

Giving him company was Edwards, as the West Indies scored more than four runs an over to race to 63 for one in 15 overs.

Edwards slammed Ojha for consecutive boundaries and a six over long-on as the duo put on 93 runs for second wicket.

Barath was out shortly after tea but Edwards remained defiant to complete his second half-century as the Windies frustrated the Indian bowlers.

Ishant Sharma was the most successful bowler taking two wickets, as the Windies kept their composure against the spin duo of Ojha and Ashwin.

Earlier in the first innings, once Chanderpaul got out for a rare one-digit score against India, playing across the line to Ashwin, it was just a matter of time that the West Indies innings folded.

Dhoni made a smart change, bringing Aswhin in place of Ojha. The latter was not afraid to give the ball flight, while at the same time maintaining a tight line and length.

Bravo played a good length Yadav ball, which took an inside edge of his bat to hit the off-stumps, ending a 46-run partnership with Samuels.

Yadav then bowled Samuels with a beautiful delivery that angled in and uprooted his middle stumps.

Skipper Darren Sammy tried to counterattack the Indian bowling, lofting Ojha over his head for a six. But in the very next ball, was beaten completely, and Dhoni did the rest.

Kemar Roach then ran himself out when he jumped out of the crease to back up Carlton Baugh, who played straight on to Ojha. The ball took an impact from the Indian spinner and crashed on to the stumps with the non-striker midway into the strip.

Baugh was plumbed in a typical Ojha fashion, the ball hitting the wicketkeeper below the knee roll as the Windies lost two in as many balls.

Ojha gave the finishing touches, wiping out the tail by trapping Fidel Edwards. 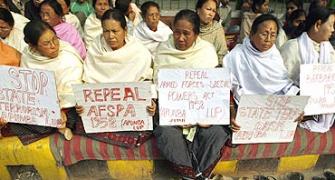 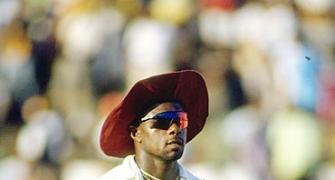 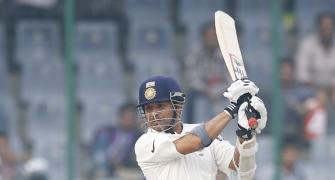 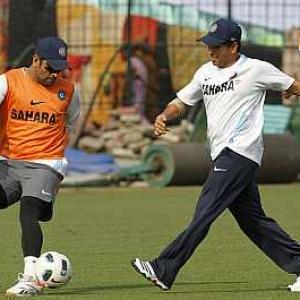 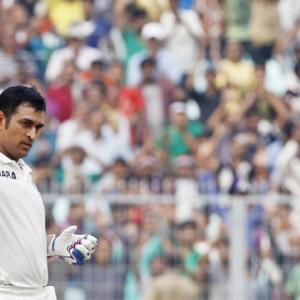