India, WI players vote for use of floodlights

With bad light robbing off one-hour and nine minutes of play on the second day of the second cricket Test at the Eden Gardens, in Kolkata, on Tuesday, both Indian and West Indian cricketers have vouched for the use of floodlights in the longer version of the game if necessary.

Former West Indies skipper and now manager of the national side, Richie Richardson feels technology, in any form, should be used if available.

"I believe in technology. Anything that can assist the game is always welcome. If there are lights why not use it?" Richardson asked.

"People want to see cricket. You don't want to be on and off (the field) with light getting a bit low. It affects the concentration and you start thinking negative. You start making comparisons. I fully support the use of lights in Test cricket," he added.

VVS Laxman, who scored an unbeaten 176, his 17th Test century, to guide India to a massive 631 for seven declared in their first innings against the Caribbean side, also welcomed the idea but said it would be little difficult to spot the red ball under floodlights.

"I always felt the need for it (playing under floodlights if needed). It's quite challenging. It's never the same as natural light. It's always challenging to play under lights especially against red balls and when the shadows are around," the stylish Hyderabadi said.

Only 75.5 overs in total could be possible, on Tuesday, as in the first session lunch was taken 19 minutes before the scheduled time, while the final quarter had to be cut short by 50 minutes.

India declared their innings for 631 for seven after 151.2 overs while the West Indies were 34 for 2 after 12 overs when play had to be stopped because of bad light, forcing the umpires to call for a half-an-hour early start to day three's proceedings.

The third day's play will begin at 8.30 am, on Wednesday. 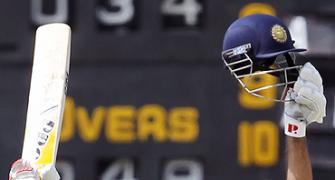 Satisfying to get a hundred after a long gap: Laxman
India's nuclear dilemma in West Asia 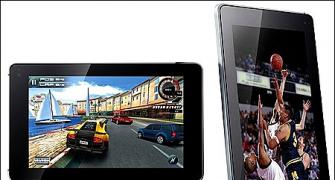 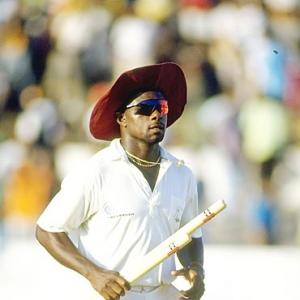 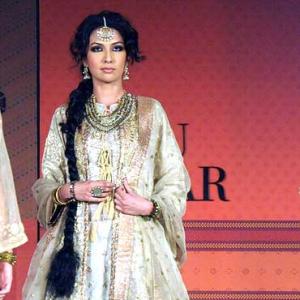