Shivnarine Chanderpaul brought all his experience into play as he notched up an unbeaten 111 to steer West Indies to 256 for five and share the honours with India on day one of the first cricket Test at the Ferozshah Kotla on Sunday.

At stumps on the first day of the three-match Test series, wicketkeeper-batsman Carlton Baugh was giving Chanderpaul company on 19 off 45 deliveries. The duo have so far added 56 runs for the sixth wicket in 13.4 overs.

Opting to bat, West Indies' innings revolved around Chanderpaul's unbeaten knock, for which he faced 167 deliveries and spent 236 minutes on a Ferozshah Kotla track where Indian spinners Pragyan Ojha and debutant Ravichandran Aswhin threatened to run through the visiting side's top-order. India's new spin-twins shared the five wickets between them.

Ojha finished with creditable figures of three for 58 in 29 overs while Ashwin had two for 79 in 25.

It was Chanderpaul's seventh Test century against India and 24th overall. Only Garfield Sobers and Vivian Richards (both 8 centuries each) have scored more centuries against India.

In West Indies' last tour of this country way back in 2002, Chanderpaul, one of the only two members from the current squad along with Marlon Samuels to feature in that series, had smashed a staggering three centuries in four Test matches.

That the 38-year-old left-hander's special liking for the Indian attack could be gauged from the fact that he has scored nearly 2000 runs with seven centuries and 10 fifties. And, at a staggering average of over 70. 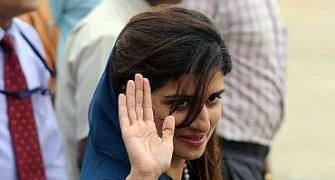 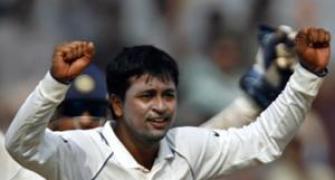 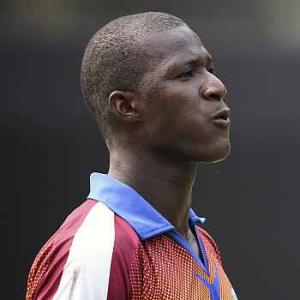 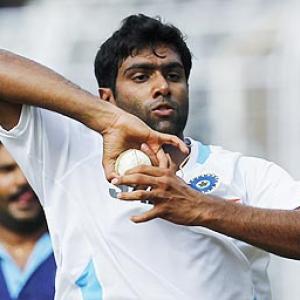 No assurances on Ashwin's selection for Windies Tests