Rayudu's consistency at No. 4 slot will solve our middle-order conundrum, says Kohli 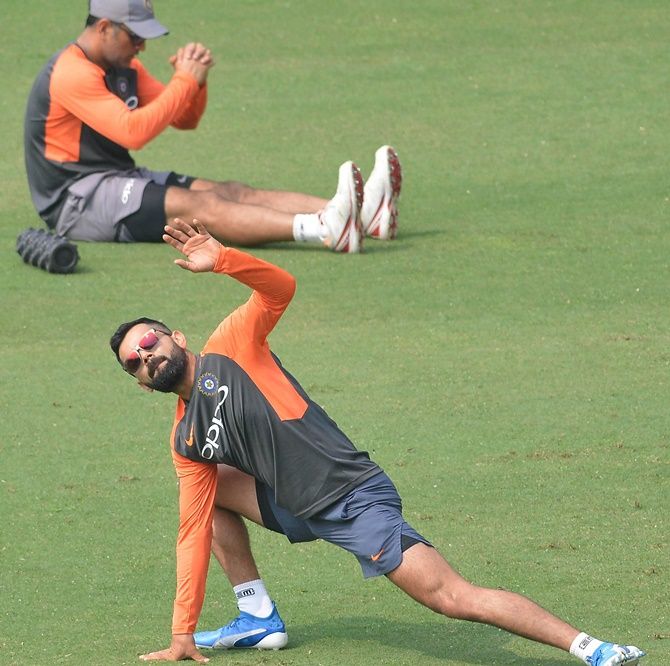 India captain Virat Kohli, on Saturday, said his side's middle-order puzzle will be solved if Ambati Rayudu cements his place at the crucial No. 4 position in the matches ahead of next year's World Cup.

Kohli said the challenge was only to find someone for the No. 4 slot and with Rayudu stepping up for that position in recent times, the batting order was more or less settled.

"The only position we were trying to figure out was number four for a long time. We tried many players who unfortunately could not capitalise or cement their places in a way we wanted," Kohli said ahead of the first one-dayer against the West Indies, in Guwahati, on Sunday.

"With Rayudu coming in and playing well in the Asia Cup, it's about giving him enough game time till the World Cup so that the particular slot will be sorted for us," he added.

On the back of a strong performance for Chennai Super Kings in the Indian Premier League, Rayudu, who scored 602 runs at an average of 43.00 and a strike-rate of 149.75, had earned a national call-up for the ODI leg of the England tour but was dropped after failing the 'Yo-Yo' test.

But he made a successful return to the Asia Cup in UAE last month and played an instrumental role in India's victorious campaign.

"The team felt there -- and I also watched him -- that he (Rayudu) is designed to play that middle order batsman's role. We feel that our middle-order is more or less balanced now," Kohli said.

"We believe he is the right person to capitalise on that spot. He is experienced and has won many games for his state and also in the IPL. He has a great ODI record already for India. I think the batting order is sorted."

India are slated to play around 18-odd ODIs before the World Cup, including the five-match series against the West Indies, beginning at the Assam Cricket Association Barsapara Stadium in Guwahati.

"Now these 18 games would be to find the perfect combination that we want to take into the World Cup," Kohli said.

Batting at No. 3 in Kohli's absence, Rayudu amassed 175 runs, averaging 43.75 from six innings in the Asia Cup, virtually sealing his place for the experimental No. 4 slot.

"Barring injuries or niggles, we want one combination to play through and through. Apart from bowlers resting here and there in the ODIs, we only changed the No. 4 slot because we wanted someone to cement the place," Kohli reasoned.

There has been criticism about veteran Mahendra Singh Dhoni's waning batting ability. But, when asked if he was open to adjusting No. 5, 6, 7 slots, Kohli said: "Here, more often than not people want to create controversies out of nothing.

"You look at things the way you want to. You see anyone stepping out at number three according to the situation for a side England." The captain said in recent past the bulk of the scoring has been done by the top three batsmen and so the lower-order got little chance to bat.

"Batting order is always ready, especially after four. The guys below four are always flexible in terms of the situation. You want the best thing for the team. Being flexible is very important," Kohli said.

He said if the openers batted till 40 overs, the common sense was to send a hard hitter instead of him going to bat.

"There's no rocket science to it. In T20 cricket, you do that all the time. You are flexible in what you want to do as a batting order."

"Yes, you would want a consistent batting line-up at those positions invariably but if there's a situation where you're only two down after 40 overs then someone who can capitalise in the death overs better can step in. As a team we understand that," Kohli explained.

Kohli also spoke about young left-arm pacer Khaleel Ahmed, who has been named as the 12th man for Sunday's match, and said it's good to see someone coming up the ranks after a long time since the retirement of Zaheer Khan and Ashish Nehra.

"We don't want to leave any bases uncovered. We thought bringing a left-arm pacer into the mix will give us enough variety. He has the ability to swing both ways and get good bounce as well. He also bowls at a decent pace," he said.

Kohli said his frontline pace duo of Bhuvneshwar Kumar and Jasprit Bumrah will feed off on the variety provided by Khaleel.

"It's always an added luxury to have him (Ahmed) in the team. Definitely he makes the job easier for Bhuvi and Bumrah," Kohli said. 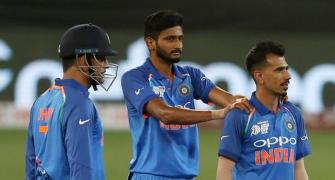 Can Khaleel seal his spot in 2019 World Cup squad? 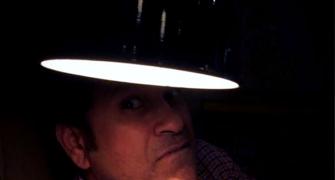 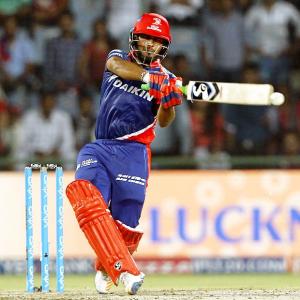 Focus on middle-order as India begin WC countdown vs Windies 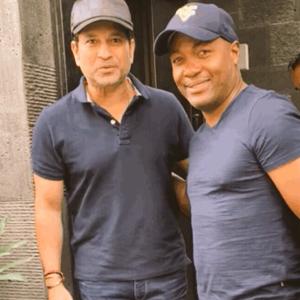