News
Business
Movies
Sports
Cricket
Get Ahead
Money Tips
Shopping
Sign in  |  Create a Rediffmail account
Rediff.com  » Cricket » We fall, we break but then we rise: Shikhar Dhawan on his injury

We fall, we break but then we rise: Shikhar Dhawan on his injury 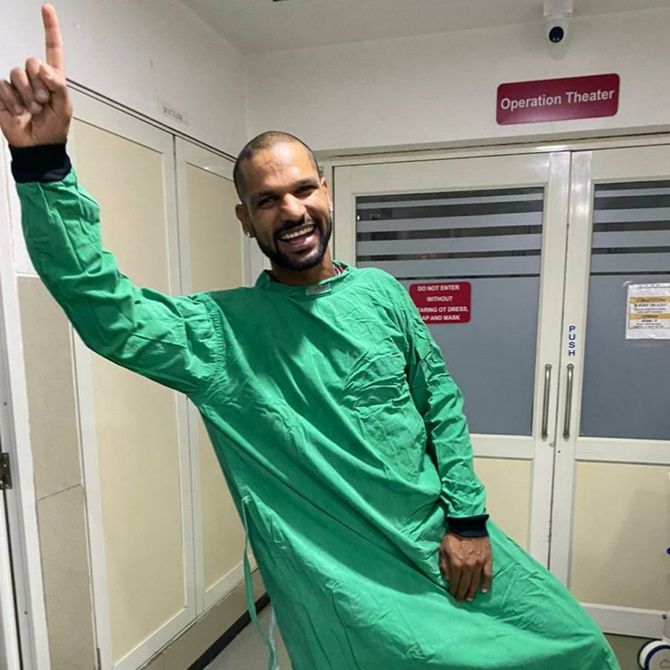 Opening batsman Shikhar Dhawan, on Thursday, said that dealing with injuries is always about how one responds to a situation.

He also gave Indian cricketing fans a respite as he said that he would be back in action in four-to-five days.

Dhawan shared pictures with the hospital staff and captioned the post as: "We Fall, We Break, but then ... We Rise. We heal and we overcome, and the only thing you have control over is how you respond to any situation. Here's to being positive and happy in every situation that life throws at you. Will be back in action in 4-5 days." 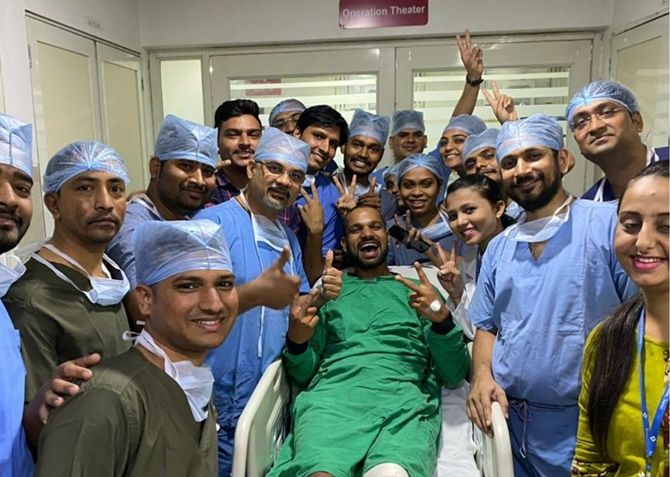 Dhawan's Indian Premier League (IPL) franchise Delhi Capitals said that only the left-handed batsman could make an injury update such a fun experience for the other people.

"Only Gabbar could have made an injury a fun experience for everyone around him. Cheers to your positivity, @SDhawan25! Get well soon! #ThisIsNewDelhi #DelhiCapitals," Delhi Capitals tweeted.

This tweet by Dhawan comes on the eve of the Indian squad announcement for the upcoming ODI and T20I series against West Indies. 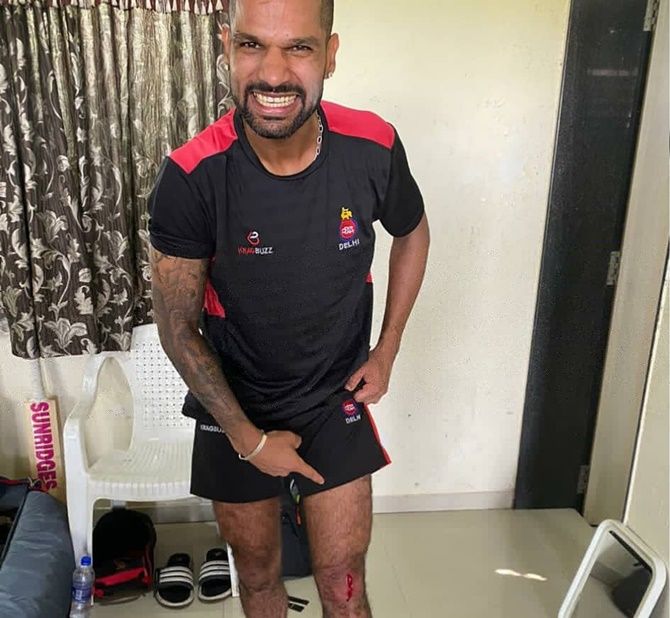 The selectors are all set to name the squad later on Thursday.

Dhawan was last seen in action in the T20I series against Bangladesh earlier this month. He managed to score 91 runs in the three-match series against the Asian opponents.

India and West Indies will next play three T20Is and three ODIs against each other. The first T20I will be played on December 6 at the Wankhede Stadium in Mumbai. 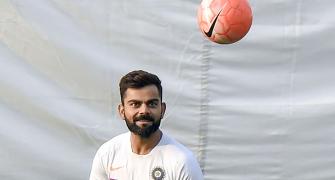 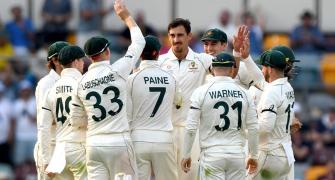 Australia strike in bursts to dismiss Pakistan for 240 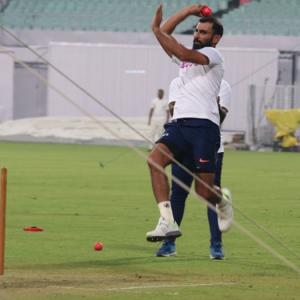 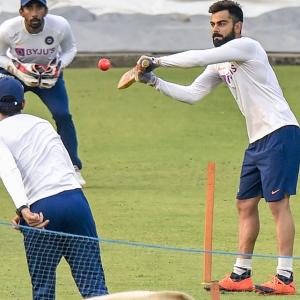