IMAGES from the tour match played between Australia A and India at the SCG in Sydney on Sunday. 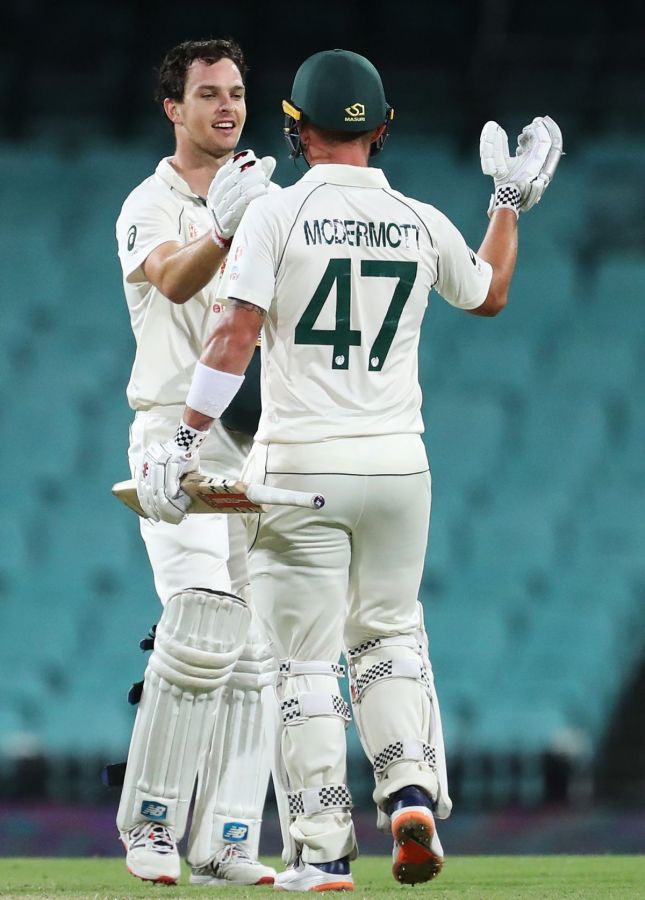 Australia A gave a better account of themselves on an eased out third day track, despite being reduced to 25 for 3, ending on 305 for 4 riding on Ben McDermott and Jack Wildermuth's centuries. Both batsmen survived a barrage of bouncers under lights from Indian pacers as Australia A and India drew the three-day pink ball tour match at the Sydney Cricket Ground in Sydney on Sunday.

The talented McDermott (107 off 167 balls), younger son of Craig McDermott who was India's tormentor during the forgettable 91-92 series, along with his skipper Alex Carey (58, 111 balls) added 117 runs in a counter-attacking fourth wicket partnership to partially save the game. On the third day, Umesh Yadav and Ashwin bowled  13 overs each respectively and rightly conserved their energies for the big battle allowing back-up pacers Navdeep Saini (0/87 in 16 overs) and Mohammed Siraj (1/54 in 17 overs) bowl longer spells without much success.

McDermott looked a stylish player with some attractive drives on the off-side and Wildermuth under lights negotiated the short ball well enough, picking up a few runs in the process.

The four-Test series gets underway from December 17 in Adelaide. Earlier, Alex Carey and Jack Wildermuth showed some grit and determination to keep the Indians at bay.

At the dinner break, Carey-led Australia A reached the score of 200/4 in pursuit of 473 runs. McDermott and Jack Wildermuth are currently unbeaten on 82 and 36 respectively.

Resuming the second session of day three at 89/3, Carey and McDermott put on 117 runs for the fourth wicket. This partnership saw both batsmen going past their half centuries.

However, in trying to clear the boundary ropes, Carey (58) ended up giving his wicket away to Hanuma Vihari, reducing Australia A to 142/4.

Wildermuth then joined McDermott in the middle and the duo ensured that Australia A does not lose any more wickets before the end of the second session on the final day. Earlier, Indian pacers Mohammed Shami and Mohammed Siraj bagged early wickets to put the visitors on top on the third and final day of the day-night warm-up game against Australia A at Sydney Cricket Ground on Sunday.

India set the Alex Carey-led side a 473-run target after declaring the second innings on their overnight total of 386-4.

Marcus Harris and Joe Burns opened the innings but both of them failed to put up a show against the quality Indian bowling line-up. Shami sent both the openers -- Harris (5) and Burns (1) -- back to the pavilion and gave India an early lead in the first session.

Nic Maddinson came in to bat at number three and got support from Ben McDermott. The duo tried to stitch the innings as they added a brief 14-run stand before Maddinson (14) was removed by Siraj. Skipper Carey joined McDermott in the middle. The latter played cautiously while Carey added quick runs and built an unbeaten partnership of 64-run for the fourth wicket.

Australia A were at 89/3 in 26 overs after the conclusion of the first session's play. They still need 384 runs to win the game.

Earlier, India's score read 386/4 at stumps on day two, a lead of 472 runs with centurion Hanuma Vihari giving Rishabh Pant (103*) company on an unbeaten 104. Vihari's innings on the other hand was a complete contrast as he hit just 13 boundaries during his 194-ball knock. Pant on his part hit six sixes and nine boundaries to send the host bowlers on a leather hunt. Nine concussions later Pucovski is down but not out 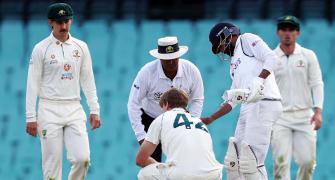 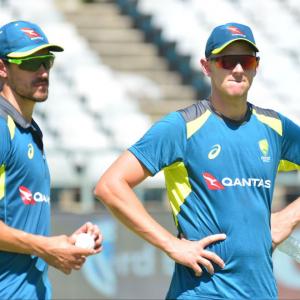 Aus ready for battle with India in Tests: Hazlewood 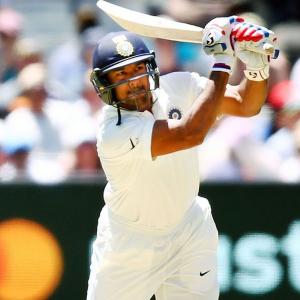