News
Business
Movies
Sports
Cricket
Get Ahead
Money Tips
Shopping
Sign in  |  Create a Rediffmail account
Rediff.com  » Cricket » Want to contribute whenever I get a chance: Vijay 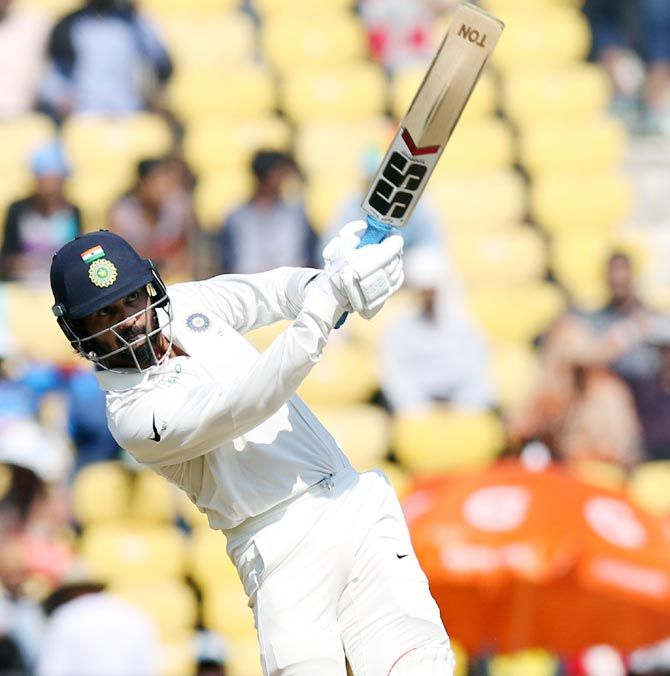 His surprise omission from the Playing XI on EdenGardens green top in the first Test against Sri Lanka may have raised eyebrows but opener Murali Vijay has accepted the "difficult situation" of fighting for his spot with multiple contenders and said he is "used to it by now".

India's most technically accomplished opener at the moment, Vijay was out of the team due to wrist fracture and made a comeback during the home series against Sri Lanka only to find Shikhar Dhawan and KL Rahul open the batting at Kolkata.

Both got half-centuries but Dhawan's personal commitments opened the door for Vijay, who responded with a patient 128 on the second day of the second Test.

"I feel as a professional you should always be ready whether you get a chance or not. You should be ready from inside, eyeing to get a chance. So whenever you get that chance, you are at least not lacking on that aspect (mental preparation). You can be fully aware of what's happening and what's going to happen.

"It is difficult but I am used to it by now. I just wanted to contribute whenever I get an opportunity to play for India," Vijay told the media in Nagpur on Saturday.

While it has been a case of musical chairs for two opening slots between him, Rahul and Dhawan, Vijay said that he just wants to remain comfortable in his own space.

"I really don't have to deal as long as I am happy and comfortable in my space. That's all I want it to be and if I am able to achieve that on a consistent basis, I think I am doing a good job."

He was the first choice opener in March this year before being relegated to third choice in November, but the Tamil Nadu batsman does not want to look at it from that angle.

Vijay has had as many as 10 century partnerships (nine in the sub-continent) with Cheteshwar Pujara.

Asked about their chemistry, the 33-year-old smiled and replied: "I like batting, so it does not matter who bats at the other end! Pujara also has similar mindset as he likes to dig in deep and scrap it out in situations of varied demands. So hopefully, we can continue to do it for India more number of times."

There was a passage of play in the post-lunch session when he wasn't able to get too many runs off Rangana Herath.

"That's Test cricket and you have to respect it. I think that's how innings should be built. The easy way is being more aggressive and taking high percentage of risks. But they were bowling well and so we thought that we can buy time now and may be cash in at later half of the day," he said.

There has been a lot of talk about South Africa tour but Vijay does not want to get too far ahead mentally.

"I am a person who doesn't like to over think too much till I see that particular ground or venue. I don't want to have pre-conceived ideas and plans. I like to take things as it comes.

"Yes, bounce is something, we have got one week to handle (before first Test starts). Everybody knows about it and we are working on it. I have few things to work on and I am at it," said Vijay. 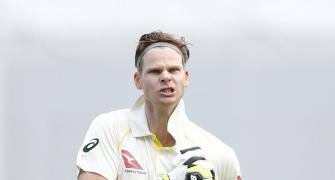 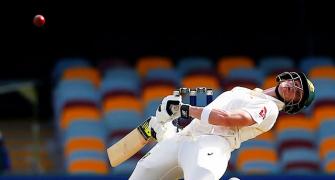 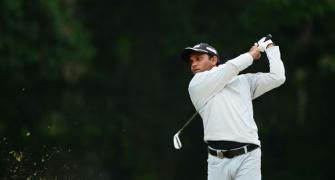 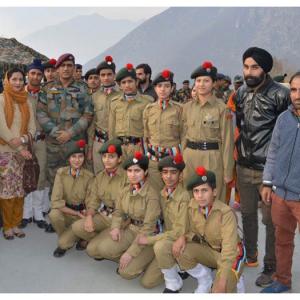 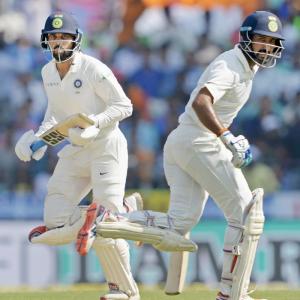