England and the West Indies advanced to the quarter-finals of the ICC U19 Cricket World Cup 2014 following comfortable victories in their decisive Group C and D matches on Tuesday.

In the other matches on the fifth day of the 16-day competition, two-time runners-up South Africa scored an easy seven-wicket victory over its African neighbour Zimbabwe at the Zayed Cricket Stadium and 2000 finalist Sri Lanka defeated hosts United Arab Emirates by eight wickets at the Sharjah Cricket Stadium.

Tuesday’s results mean that from Group C, South Africa and the West Indies progressed to the Super League quarter-finals while Canada and Zimbabwe will feature in the Plate Championship, and from Group D, Sri Lanka and England will appear in the Super League quarter-finals while New Zealand and the UAE will play in the Plate Championship.

The feature of Tuesday’s matches were magnificent unbeaten centuries from (120 not out) and Sri Lanka opener Hashan Dumindu (113 not out), while South Africa’s Yaseen Valli also maintained his excellent batting form by following up his scores of 53 (against the West Indies) and 102 not out (against Canada) with 53 not out against Zimbabwe.

Fast bowler Brett Randell was one of the star bowlers of the day, returning figures of three for 57, but ended up on the losing side as England defeated New Zealand by 115 runs.

Electing to bat first, England were restricted to 229 for eight after Ryan Higgins scored a watchful but attractive 83 that came from 123 balls, with five fours and two sixes. He featured in two half-century partnerships, when for the second wicket he put on 57 runs with Harry Finch (30) and added another 64 runs for the sixth wicket with Joe Clarke (33).

England were extremely severe in the last 10 overs, which yielded 100 runs, including 57 off the final five overs.

In its chase, New Zealand were rocked by fast bowlers Matthew Fisher and Jack Winslade, and spinners Rob Sayer and Rob Jones as they were was bundled out for 114 in 36.1 overs.

Fisher was the pick of England bowlers, finishing with three for 18, while Winslade picked wickets off successive deliveries to end up with two for 23.

Sayer, with his off-spinners, bagged two for 21 and wrist-spinner Jones claimed two for 33.

Markram was in a punishing mood as he clobbered 13 fours and a six in a 119-ball 120 not out as South Africa achieved a modest 199-run target in 39 overs to beat Zimbabwe by seven wickets.

Earlier, fast bowler Justin Dill captured four for 35 as Zimbabwe was bowled out for 198. Luke Jongwe with 55 was main run-scorer, while Kieran Geyle scored 39.

Dumindu was in sublime form, striking 11 fours and a six in a 118-ball 113 not out as Sri Lanka overwhelmed the UAE by eight wickets.

Chasing 206 runs for victory, Sri Lanka reached the target in 43.1 overs after Dumindu and Hashen Ramanayake (34 not out) put on 88 runs for the unbroken third wicket.

Tagenarine Chanderpaul, son of West Indies star Shivnarine Chanderpaul, who was run-out without facing a ball in the tournament opener against South Africa, hit his second successive half-century as the Caribbean side beat Canada by 63 runs.

Chanderpaul followed up his 84 against Zimbabwe with a 127-ball 93 that included five fours and a six. He added 62 runs for the first wicket with Shimron Hetmyer (39), 95 runs for the second wicket with Jeremy Solozano (50) and 77 for the fourth wicket with Nicolas Pooran (67 not out) as the West Indies scored 289 for four in 50 overs.

Canada, in its chase, lost its last seven wickets for 29 runs to slip from 197 for three for 226 all out in 49.3 overs. Nikhil Dutta scored 62 and captain Nitish Kumar contributed 50, while wickets were evenly shared between Ramaal Lewis (two for 44), Ray Jordan (two for 44) and Jerome Jones (two for 57). 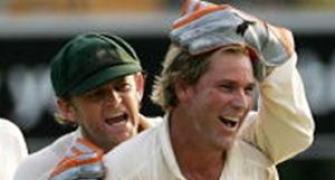 Ghost of the past returns to haunt Dhoni and Team India 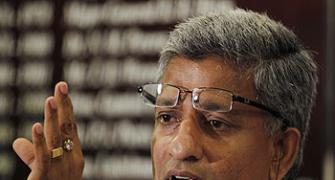