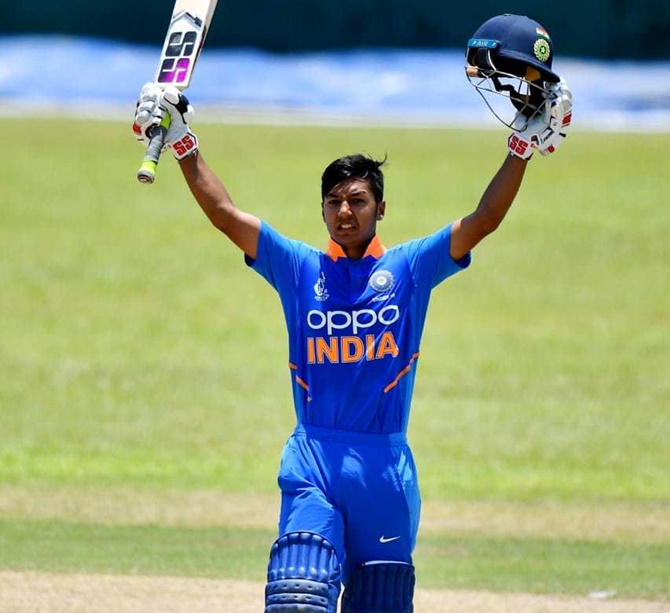 IMAGE: Arjun Azad was named the Man of the Match for his 121 off 111 balls century. Photograph: Asian Cricket Council/Twitter 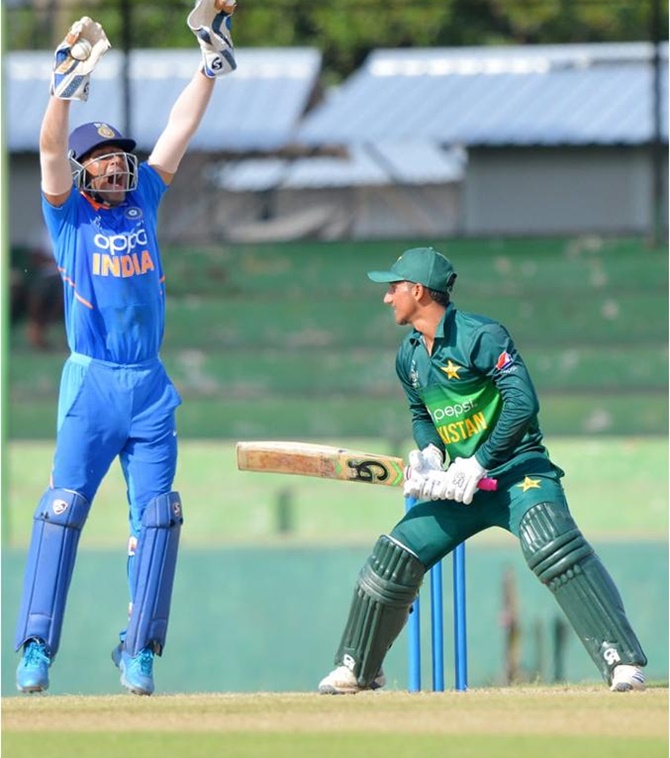 In reply, Pakistan were never in contention as they were bowled out for 245 in 46.4 overs. Left-arm spinner Atharva Ankolekar took 3 for 36 in 10 overs.

Medium pacers Vidyadhar Patil and Sushant Mishra chipped in with a couple of wickets each.

The right-hander, Arjun hit eleven fours and four sixes while Tilak had 10 boundaries and a six to his credit. 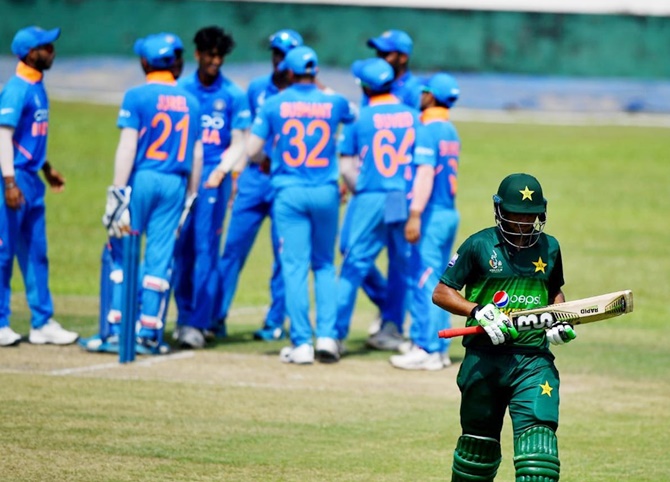 None of the other India batsmen could surpass individual score of 20 as Pakistan seamers Naseem Shah (3/52) and Abbas Afridi (3/72) were taken to task despite returning with three wickets apiece.

While batting, Pakistan captain Rohail Khan (117 off 108 balls) fought a lone battle and got some support from Haris Khan (43) during their 120-run stand for the fourth wicket.

Once Rohail was trapped leg-before by seamer Akash Singh at the start of 41st over, Pakistani challenge ended.