Umar has not done enough to remain in team: Moshin Khan

"To tell you the truth, I was chief selector when we dropped Umar for the Test series but even if I had been the coach I would have still dropped him. He would not have found a place in my team," Mohsin said.

The former Test player said Umar was extremely talented but he has been dropped to make him realise he needed to do more to wear the Pakistan cap.

"There is no doubt over his potential or talent. But he has not done enough to remain in the team. Basically we have given him a message go and play domestic cricket and learn to play big innings. Learn to turn your thirties and forties into hundreds for the team. Stop being selfish," Mohsin said.

Mohsin said since he took over as chief selector last year after the disastrous Australian tour and in tough times, his main task was to send out a clear message to every player that he should not take his place in the national side for granted.

"It is not my team or the PCB's team. It is Pakistan's team and those who are selected must justify themselves no matter how good a player they are," Mohsin said on a TV show.

He said that he was a satisfied man and felt he had done justice to his job.

"Look when a senior player like Younis Khan says that now when he does not get runs for two or three innings he starts looking over his shoulder to see who will replace him it is a great sign that we have succeeded in convincing the players they should not take their Pakistan caps for granted.

"The media has been very critical of me and some people have tried to discredit me as well and made fun about me. It does hurt but my conscience is clear because today Pakistan team is on the right track we have discipline and commitment in the team and we have some good outstanding back up talent waiting to take places. My aim has always been like the Australians to have at least equally capable players competing for one position in the national team and I think the selectors have succeeded in doing that."

Mohsin said by accepting the coaching position on temporary basis with the national team after being comfortably placed as chief selector.

"I know it is a gamble I know that god forbid we don't do well in the series against Sri Lanka I could lose both my positions and job. But life is a gamble and I have always taken gambles. I always wanted to coach the Pakistan team and for me it is a big challenge to also succeed as coach." 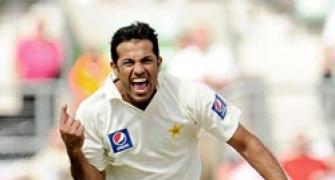 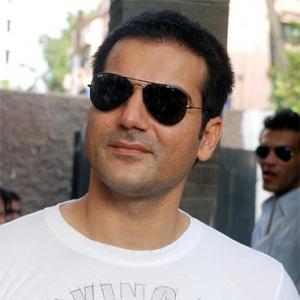 Arbaaz Khan to act in a Kannada film