By Rajneesh Gupta
Last updated on: September 24, 2011 00:31 IST
Michael Hussey's tremendous run of form in the Test series against Sri Lanka helped him move up to sixth in the list of the top run scorers in 2011.

The Australian southpaw amassed 463 runs in three Tests while helping his side to a 1-0 win.

Hussey's effort was inclusive of two centuries and a 93 in the drawn third Test.

Ian Bell, Alastair Cook and Rahul Dravid, who accumulated runs in a heap during the bilateral series between India and England recently, continue to occupy the top three spots.

Note: All statistics up to and including the SSC Test between Sri Lanka and Australia in Colombo. 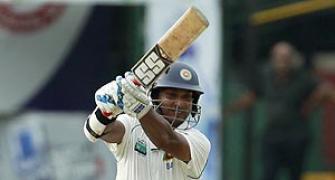 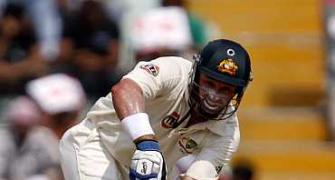 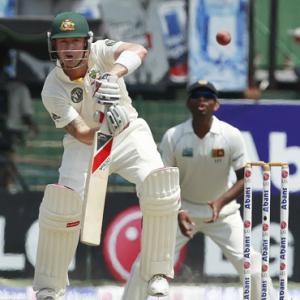