Time for big hits, new names to shine as IPL 8 kicks off 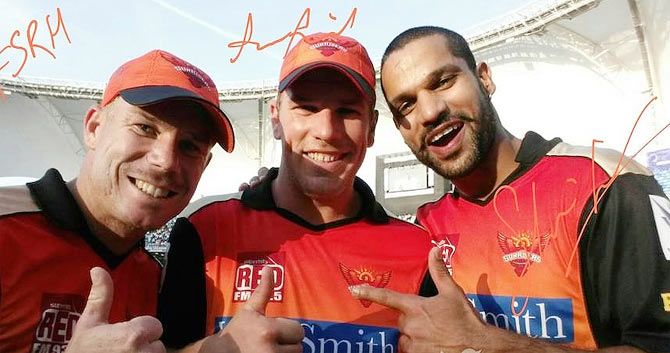 With its scandalous past still fresh in the minds of fans and critics alike, the Indian Premier League organisers will look to ensure that the focus remains firmly on cricket when the cash-rich Twenty20 event gets underway with a glamorous opening ceremony on Tuesday.

After pulling off a controversy-free tournament last year, the organisers are hoping for a smooth run when the 47-day tournament, marred by the spot-fixing scandal in 2013, kick-starts with defending champions Kolkata Knight Riders taking on Mumbai Indians at the Eden Gardens on Wednesday.

The event opens on Tuesday night with a glittering ceremony where Bollywood superstars Hrithik Roshan, Shahid Kapoor and Anushka Sharma form a power-packed line-up of performers.

The melting pot that it is, the opening match itself features two players who aggressively faced off as recently as in the World Cup last month playing together in one team.

David Warner and Shikhar Dhawan will share the dressing room for Sunrisers Hyderabad, putting behind their recent spat during India’s tour Down Under.

As international rivals become friends, there will be some who are hungry to prove themselves, as the tournament provides an ideal launchpad for next year's World Twenty20 in India. 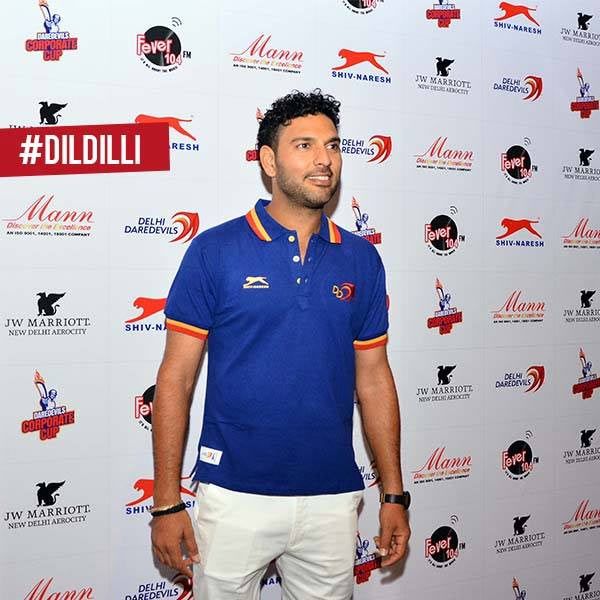 There will also be some veteran Indian warhorses, like Virender Sehwag, Yuvraj Singh and Zaheer Khan among others, who will see this tournament as a final chance to make a comeback to the national side.

The Indian selectors might think otherwise, but the IPL teams clearly believe the 33-year-old Yuvraj still has the fire in his belly as he was bought for a record Rs 16 crore by Delhi Daredevils after intense bidding among four franchises.

This was the result of his three successive Ranji Trophy centuries which were not enough for him to make the World Cup team's cut.

But the player of the tournament in India's 2011 World Cup triumph is not the one to give up and will be among the ones to watch out for this season.

In fact, Yuvraj will be the key to the success of Delhi Daredevils, who finished bottom of the table in the last two seasons.

The Daredevils have gone for a complete overhaul and apart from Yuvraj invested in a 36-year-old Zaheer Khan, who too is aspiring to don India colours one last time.

Led by South African pro JP Duminy, the team has Pakistani-born leg-spinner Imran Tahir, who will look to replicate his fine show at the recently-concluded ICC World Cup.

The consistent Mohammad Shami will partner the highly-experienced Zaheer in the pace department, while Yuvraj and star Sri Lankan all-rounder Angelo Mathews will showcase their X-factor.

Delhi Daredevils are a strong team on paper but it remains to be seen whether they better their 2012 show where they finished on top and then crashed out of the play-offs. They also had last-four finishes in 2008 and 2009.

The Sri Lankan captain, however, will miss out on the team's opening match in Chennai on April 9 because of a ban on the Lankan players by the Tamil Nadu government. 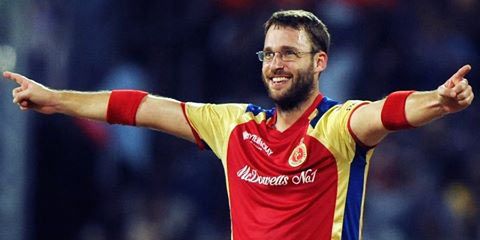 Another power-packed team yet to win the coveted silverware are the Royal Challengers Bangalore, finalists in 2009 and 2011.

Like their team owner and business magnate Vijay Mallya, the team is flamboyance personified but that has not always translated into wins.

The team will have to look no further for inspiration with Chris Gayle, Virat Kohli and AB de Villiers in their top four.

Boasting the terrific trio who define modern-day cricket, RCB's batting is arguably the most explosive. This season they have also invested Rs 10.5 crore in Dinesh Karthik to bring depth to their line-up.

But with Varun Aaron and Ashok Dinda, their two leading pacers to begin with, the bowling looks a bit shaky in the absence of World Cup player of the tournament Mitchell Starc, who is likely to miss three weeks of the event because of a knee injury, while Adam Milne is recovering from a heel injury.

The spin department will rely on Yuzvendra Chahal and Iqbal Abdulla, who will be bowling under the tutelage of coach Daniel Vettori, the master craftsman of left-arm spin bowling. 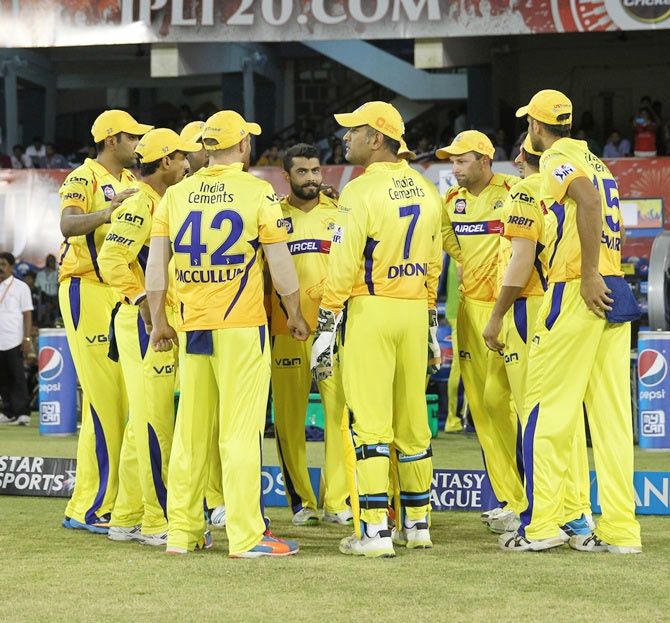 Two-time champions Chennai Super Kings are the most consistent team across all seasons and will start 2015 with some off the field distractions after the Supreme Court's judgement on Gurunath Meiyappan and the team's ownership by ICC chairman Narayanswami Srinivasan-led India Cements.

But in captain Mahendra Singh Dhoni they have a leader who can overcome any crisis easily.

This year, too, they retained the nucleus of the side and invested in Irfan Pathan and Michael Hussey, Kyle Abott, Rahul Sharma among others.

They made the last four in each of the last seven seasons, including four straight final appearances and winning two titles.

Such is their might that three years without a title is being considered a trophy drought and they would look to bounce back and silence the critics. 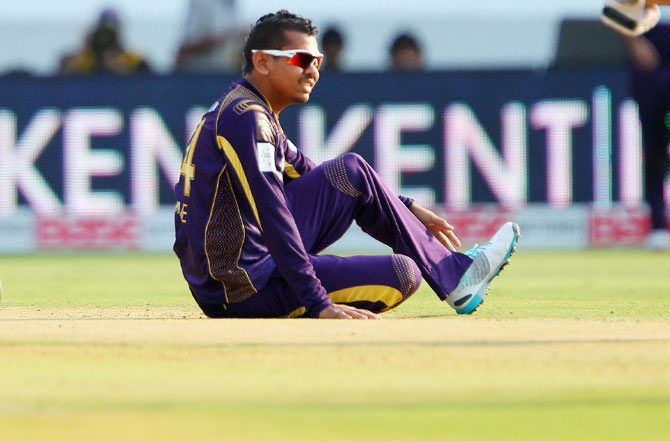 Defending champions Kolkata Knight Riders were in the news before the season began with BCCI ignoring ICC's report of Sunil Narine and summoning the West Indies off-spinner for a retest of his suspect bowling action.

Having received a clean chit two days before their first match, it will be interesting to see how effective Narine would be with his re-modelled action.

Narine, it maybe noted, was the key to their success in winning the titles in 2012 and 2014 and their effective slow bowlers make them the team to beat at the home ground of Eden Gardens.

This season they invested Rs 2.4 crore in little known KC Cariappa, who is seen as a future Narine, and two Chinaman bowlers in Brad Hogg and Kuldeep Yadav besides the South African spinner Johan Botha.

Morne Morkel and Umesh Yadav will lend stability to the pace department as the bowling will be KKR's main strength.

The batting will rely heavily on the likes of skipper Gautam Gambhir, Robin Uthappa, Manish Pandey. 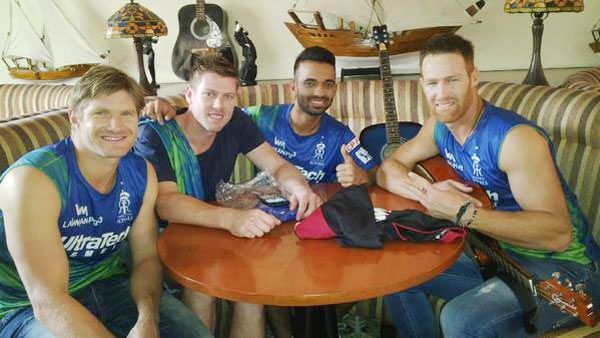 2013 winners Mumbai Indians have a star-studded support staff, with Ricky Ponting as coach and a team icon in Sachin Tendulkar, who will look to inspire the side.

But it’s the inconsistency of their batsmen, including captain Rohit Sharma, that could is worrisome.

Last season's runners-up,  Kings XI Punjab had a rousing start to their campaign, winning five matches on the trot in the UAE leg.

They boast of World Cup-winners in Glenn Maxwell, David Miller and Mitchell Johnson but it remains to be seen how they cope with the hectic season ahead.

They also have devastating Indian opener Virender Sehwag, who is hungry for more, and Wriddhiman Saha, aiming to play a big role like last season.

Sunrisers Hyderabad, who named David Warner as their captain, also have an explosive batting line-up in Shikhar Dhawan, Eoin Morgan and Kevin Pietersen, who will miss the league stage but play should the team make the play-offs.