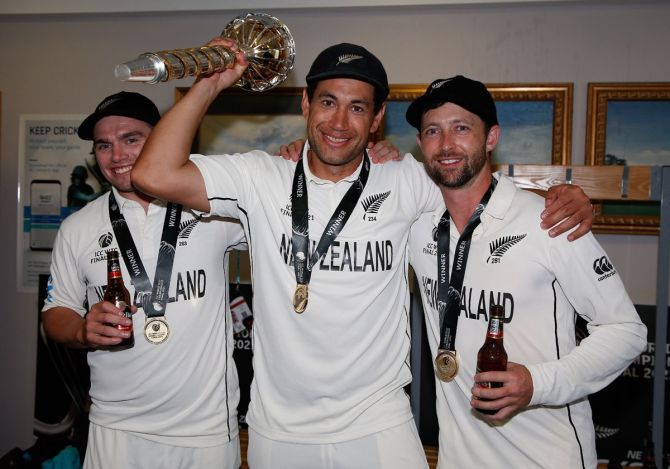 After losing the 50 overs World Cup to England in a controversial contest two years ago, New Zealand -- a country of just 5.1 million people -- finally won its first world silverware in cricket.

Arguably, the biggest trophy of them all. The World Test Championship.

The margin of victory was emphatic. Virat Kohli's side were beaten by 8 wickets.

Scenes from the celebrations in the Black Caps dressing room: 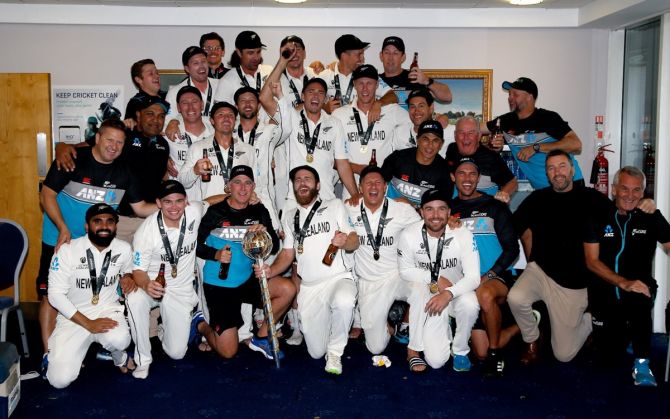 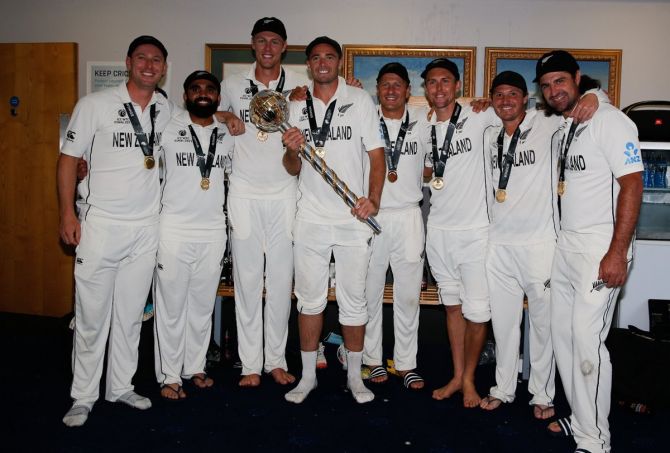 IMAGE: It was an appropriate farewell for Kiwi veteran B J Watling for whom the World Test Championship was his final game in Test cricket. 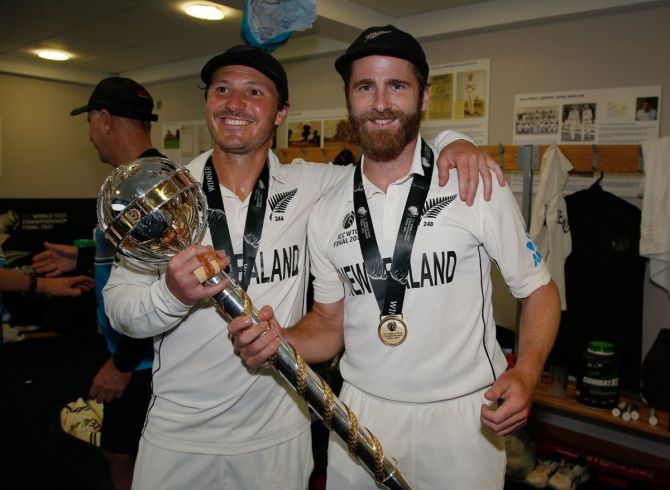 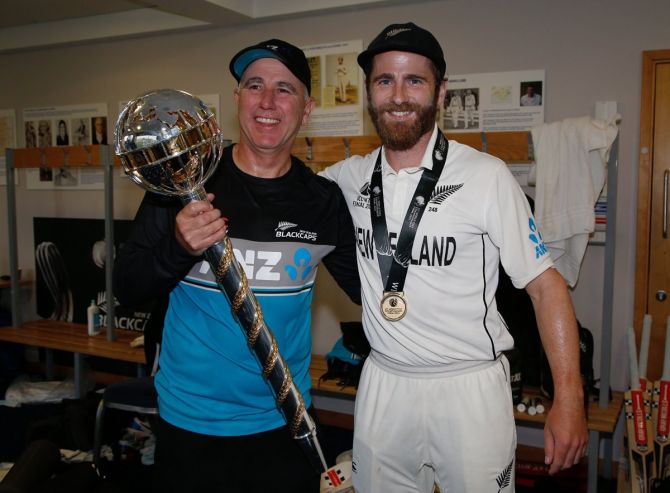 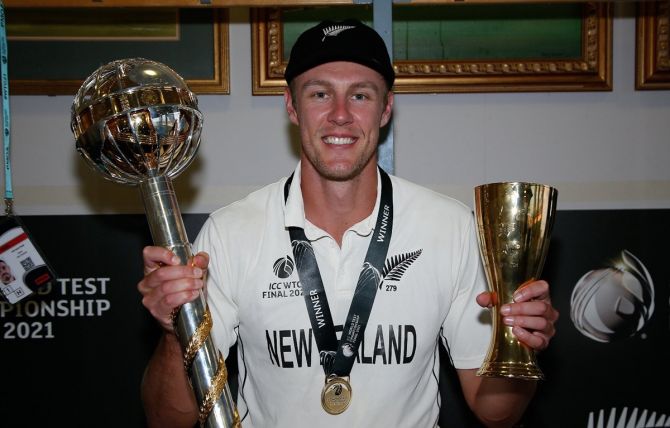 IMAGE: Man of the Match Kyle Jamieson, all of 6 feet and 8 inches of him, was always going to be too much for the Indian bastmen to handle. His RCB skipper Virat Kohli should have told his team that.
Rediff Cricket
Related News: IMAGE, Virat Kohli, RCB, New Zealand, Ross Taylor
SHARE THIS STORYCOMMENT
Print this article 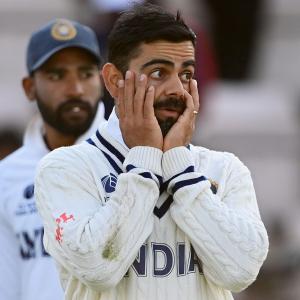 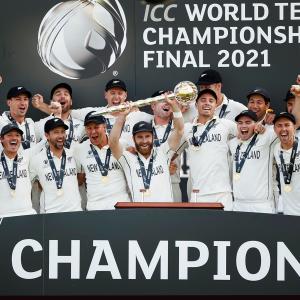