Sachin Tendulkar remained the highest-ranked Indian batsman at the 12th spot in the latest ICC Test charts released on Tuesday.

With 749 points in his kitty, Tendulkar shares the 12th spot with Azhar Ali of Pakistan in the batsmen's chart which is headed by West Indian Shivnarine Chanderpaul who extended his advantage over South African AB de Villiers.

Among the bowlers, Zaheer Khan and Pragyan Ojha are the only two Indians in the top-20. 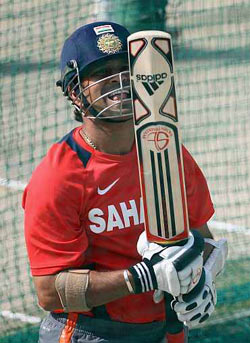 A maiden 10-wicket haul by England fast bowler Stuart Broad gave him a career-best ranking of joint third after his side beat the West Indies by five wickets at Lord's to go 1-0 up in the three-Test series.

For his match haul of 11-165, Broad earned 34 ratings points which not only gave him a share of third place with Anderson but also put the two fast bowlers 52 ratings points behind second-placed Saeed Ajmal of Pakistan.

With off-spinner Graeme Swann sitting in fifth position after slipping one place following his match figures of three for 111, England now have three bowlers inside the top five.

The bowlers' list is headed by South Africa's Dale Steyn.

Among batsmen, Chanderpaul extended his advantage over De Villiers to 57 ratings points.

However, after scores of 87 not out and 91, the 37-year-old Guyana batsman has not only consolidated his No 1 raking, he is now 22 ratings points away from breaking the 900-point mark yet again, which in ranking terms is the benchmark for any batsman.

Chanderpaul last achieved a career-best rating of 901 after scoring 126 not out against New Zealand in December 2008 in Napier.

© Copyright 2021 Reuters Limited. All rights reserved. Republication or redistribution of Reuters content, including by framing or similar means, is expressly prohibited without the prior written consent of Reuters. Reuters shall not be liable for any errors or delays in the content, or for any actions taken in reliance thereon.
Related News: Shivnarine Chanderpaul, De Villiers, Sachin Tendulkar, Stuart Broad, Graeme Swann
COMMENT
Print this article 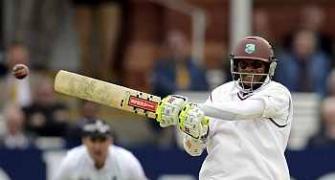 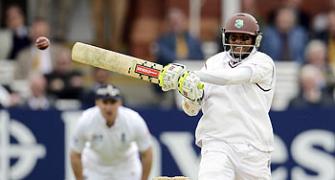 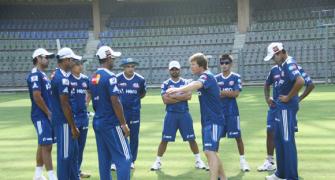 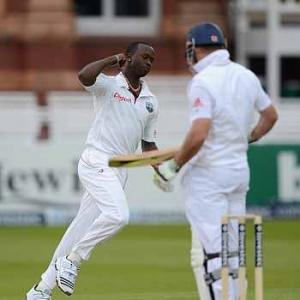