Sachin Tendulkar's autobiography Playing It My Way saw its launch in the national capital today as the event celebrated the book's crossing a record 200,000 copies. 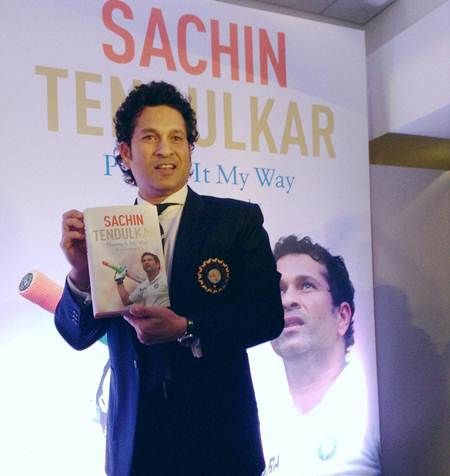 Present at the event were past and present cricket stars, including Virendra Sehwag, Ajay Jadeja, Ashish Nehra, Gautam Gambhir plus a whole host of business leaders.

Playing It My Way, which was released on November 6, has already broken all records for an adult hardback on order subscriptions across both fiction and non-fiction categories.

The book has topped 200,000 copies in orders, already pulling ahead of both pre-order and lifetime sales of the top hardbacks Dan Brown's Inferno, Walter Issacson's Steve Jobs and JK Rowling's Casual Vacancy.

Having received an overwhelming response to the launch of this bestseller, publishers Hachette India will be co-publishing Tendulkar's autobiography in regional Indian language editions - Marathi, Hindi, Gujarati, Malayalam, Assamese, Telugu and Bengali for a summer 2015 release.

Tendulkar to discuss Sarita Devi ban with Sonowal on Wednesday

Meanwhile, Tendulkar will be meeting Sports Minister Sarbananda Sonowal on Wednesday to discuss Sarita Devi's possible ban, which could be imposed on
the boxer by AIBA for refusing to accept the bronze medal during the Incheon Asian Games medal ceremony.

Tendulkar, who is also a Rajya Sabha MP, will be meeting the Sports Minister at 2.30 in the afternoon.

Tendulkar had earlier appealed against the life ban on her by the International Boxing Association.

In a letter addressed to Sonowal, Tendulkar had urged him him to support the boxer.

"I would urge you to kindly look into this issue urgently and ensure that she is given competent support so that her career is not threatened and ends in a premature manner," Tendulkar had written.

Sarita Devi lost in the semifinals of the women's lightweight (60kg) competition at Incheon in September and in protest tried to give her bronze medal to her opponent from South Korea. Sonowal had, earlier in the day, said that the government is more than keen to pursue Sarita Devi's matter with AIBA and get the ban overturned.

Wednesday's meeting will be chaired by Sonowal himself, and besides Tendulkar, members of Boxing India, Indian Olympic Association and some other prominent sportspersons will pursue Sarita's case.

"We will be strongly pursuing Sarita Devi's matter internationally. I will be attending the meeting tomorrow, which will see the members of Boxing India, IOA and prominent sportspersons present there. We will try to get her ban lifted," said the minister on the sidelines of a function organised by United Nations Women, which aimed at raising awareness and gender equality.

"Sarita Devi should be allowed to play for the country," Sonowal said.

Image: Sachin Tendulkar launches his book, Playing It My Way 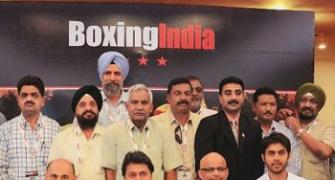 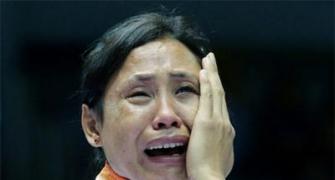 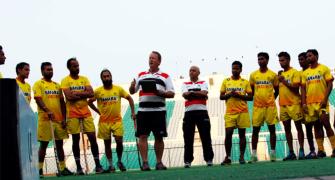 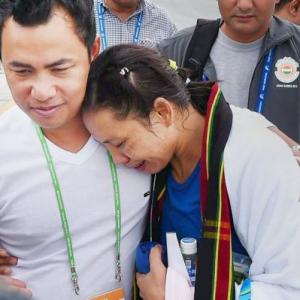 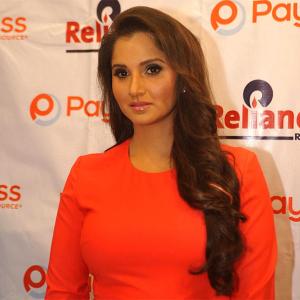 'Yes, it is difficult to be a Sania Mirza in this country'