The senior trio of Sachin Tendulkar, Virender Sehwag and Yuvraj Singh returned to the Indian squad, while Harbhajan Singh was ignored, for the first Test against the West Indies, at the Ferozeshah Kotla in New Delhi, beginning November 6.

Tendulkar, Sehwag and Yuvraj, who missed the ODI series in England as well as the return rubber at home due to injuries, were recalled for the November 6-10 match. 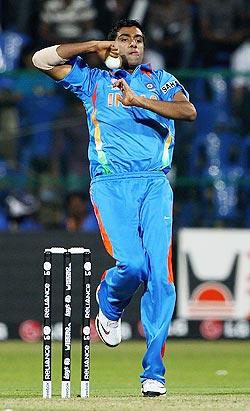 After his below-par performance on the tour of England, out-of-form off-spinner Harbhajan continues to be sidelined, with the selectors preferring Ashwin over him.

Right-arm pacer Ishant Sharma, who was also not a part of India's ODI squad against England due to an injury, returs to the team, to be captained by Mahendra Singh Dhoni.

Among those who did not find a place in the Test squad that visited England this summer are left-hand batsman-all-rpunder Suresh Raina, leg-spinner Amit Mishra and pacer Praveen Kumar.

Senior batsmen Rahul Dravid and VVS Laxman, who no longer play ODIs, were also named in the squad. 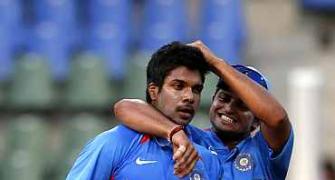