'I am sure govt has thought about it properly' IMAGE: Team India head coach Ravi Shastri is confident that the government has thought through the decision to introduce the law. Photograph: Laurence Griffiths/Getty Images

India cricket coach Ravi Shastri has urged for 'patience' amid raging protests over the Citizenship Amendment Act, saying that he foresees 'plenty of positives' coming out of the controversial law in the long run.

The 57-year-old Shastri, a former batsman, said he is confident that the government has thought through the decision to introduce the law.

"When I see all this CAA and things going around it, I think Indian. In my team also, we have all sorts, different castes, different religions whatever but Indian. I say guys, be patient because I can see plenty of positives coming out of it in long run," Shastri told CNN News18 but did not elaborate any further.

"I am sure the government has thought about it properly. There are still certain things to be tweaked here and there and they will do it for the benefit of Indians. I am speaking as an Indian here."

"I am not talking about x, y, z religion because I am speaking as an Indian. That's who I have been, I realised it even more when I played for the country. So, I have the right to speak as an Indian," he asserted.

The CAA, which seeks to provide citizenship to non-Muslim religious minorities in Pakistan, Bangladesh and Afghanistan, is facing stiff opposition with protests in several parts of the country.

The act has met with fierce opposition and protests have raged across the country ever since it was passed in December last year.

The protests in the northeastern states have been driven by the sentiment that the move will affect the locals' 'political rights, culture and land rights' in the region. Several other quarters in the country are opposing it for being 'anti-Muslim'. 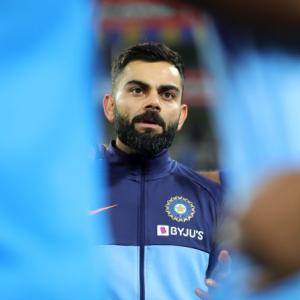