Sunil Narine cleared to play in IPL after BCCI nod 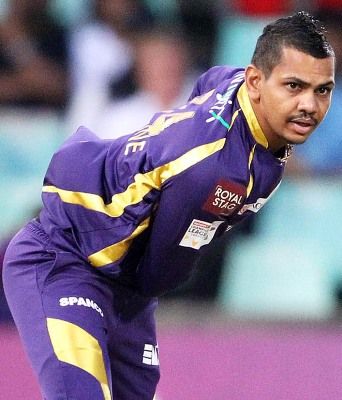 Narine was first called for a suspect action last October during a KKR match in the Champions League T20. The review committee, comprising S Venkatraghavan, Javagal Srinath and AV Jayaprakash examined the bowling action of Narine after he had undergone a biomechanical assessment at
the ICC-accredited SRMC centre in Chennai.

Narine had taken a re-test at Sri Ramachandra University on Thursday where he was put through various tests by the panel headed by former Indian fast bowler Srinath.

"The committee concluded that Sunil Narine, who had remodelled his bowling action, was within the ICC approved limits for all types of deliveries that were assessed and has hence recommended to the BCCI, that his name may be removed from the warning list of bowlers with suspect action," the BCCI said in a statement.

Narine will now be available for selection for the defending champions, who play the tournament opener against Mumbai Indians at Eden Gardens on Wednesday.

"I am happy that we will witness Sunil Narine in action in the Pepsi IPL 2015, since he is now cleared by the BCCI committee. We look forward to the opening match between Kolkata Knight Riders and Mumbai Indians on the 8th of April in Kolkata, which promises to provide an exciting start to the
tournament," BCCI secretary Anurag Thakur said.

"Greatly relieved and happy for Sunil Narine. Sincere thanks to president and secretary of BCCI and the committee for the positive outcome," Mysore tweeted after BCCI made their decision official.