Strength of bowling attack should give India hope in Australia: Atherton

'What really should give India fans hope I think Down Under is the strength of the bowling attack. It's very, very difficult to win in Australia without a strong seam bowling attack.'

Former England captain Michael Atherton wants to see the gameplan employed by Indian pace attack against an unorthodox batsman like Australia's Steve Smith when the two teams square off at the end of the year.

Smith was serving one year ball tampering suspension when India toured Down Under in 2018-19 and won their maiden Test series 2-1 with David Warner also among list of banned players.

"I'll be very interested to see what India come up with (against Smith). He (Smith) is a highly unorthodox player, but I enjoy watching and for that reason," Atherton said on Sony Ten's Pit Stop chat show.

"I think the game is a better game when you've got people who are very unusual in the way that they play," Atherton added.

But Atherton, one of the most respected voices of world cricket believes that India's world class pace attack comprising Jasprit Bumrah, Mohammed Shami and Ishant Sharma makes it an even battle for the visitors.

"What really should give India fans hope I think Down Under is the strength of the bowling attack. It's very, very difficult to win in Australia without a strong seam bowling attack," Atherton said.

The man who led England in 54 Tests, is impressed with India's fast-bowling pool.

"One of the great things in the last few years from my perspective, I've seen this sea change really, in terms of the quality of the fast bowlers that you've produced.

"If I go back and think to when I played in India in 93, it was completely spin-based, you obviously had good fast bowlers as well but I don't think that number in depth that you have now."

As far as Smith's batting technique is concerned, he feels that it is unique in its own way which makes the game eminently watchable.

"If everybody played the same way, it's a boring game. I love the fact that Steve Smith is quite unorthodox and he has success because of that. It makes it a more interesting game for me, but I don't have any easy answers how to get Smith out."

"The one thing I do enjoy watching about Indian batsmen is that they look very natural to me, and not over-coached and not forced, fluid and fluent and of course, no better example than that of Rohit Sharma.

"That top of the order is so important in Australia. Because if you can have a solid successful start there, as soon as that Kookaburra ball loses its shine, you can have some lovely batting conditions there," he added.

On the upcoming England's series against West Indies in bio-secure environment in the midst of COVID-19 pandemic, Atherton feels that West Indies' batsmen need to score runs to give
their bowlers a chance to stay in the game.

"They have got a decent bowling lineup. And the question really is whether West Indies will get the runs to give those bowlers the ammunition to have a go at England. If they do get runs, they'll be a threat to England and they'll be competitive." 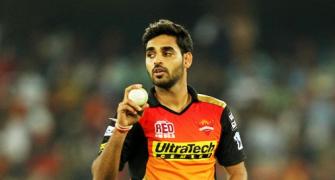 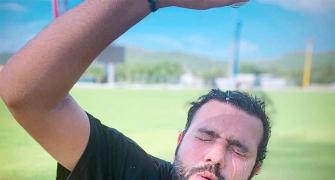 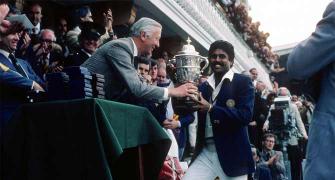 Taylor says Super Over not necessary in ODIs