Australia were in real danger of recording the lowest ever score in Test cricket on the second day of the Cape Town Test when they lost their ninth wicket with only 21 runs on the board. They, however, managed to escape from the ultimate humiliation and ended with 47-- their lowest ever against South Africa and their fourth lowest in Test cricket. 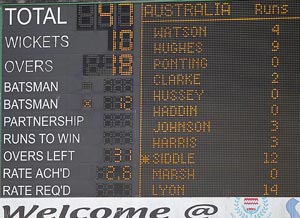 - Australia's innings lasted for only 18 overs (108 balls). This is their second shortest Test innings and sixth shortest in all Test cricket. Australia were bowled out in 99 balls by England at Brisbane in 1936-37. The shortest ever innings in Test cricket is 75 balls by South Africa against England at Birmingham in 1924.

- Number 11 batsman Nathan Lyon top-scored in Australia's second innings -- only the 8th such instance in Test history.  Last time this happened for Australia was 115 years ago!

- As many as 23 wickets fell in the day -- fourth most in a day's play in Test cricket.

- The rarest of rare things happened at Cape Town on Tuesday. Part of all four innings took place in a single day  -- only the third such instance in Test annals.

The first took place during the England-West Indies Test at Lord's in 2000. On the second day West Indies' innings ended with the first ball, England were bowled out for 134, but then skittled West Indies for 54. England faced seven balls that evening. Walsh batted and bowled in all the four innings!

The second such instance involved India. At Hamilton in December 2002, India started the third day at 92 for 8 and were soon all out for 99. They, however, skittled out New Zealand for 94, but were then bowled out again themselves for 154. New Zealand then ended the day with 24 for no loss. Ashish Nehra and Tinu Yohannan batted or bowled during all four innings that day.

At Cape Town, Peter Siddle batted or bowled in all the four innings.

Most wickets to fall in a single day 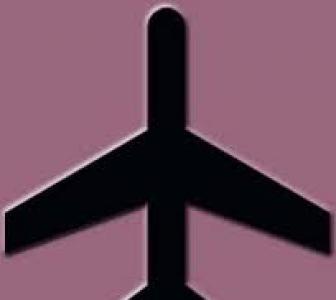 Six personal loan truths that you MUST know!