Temperamental pacer S Sreesanth landed in controversy on Wednesday after a co-passenger on a Bangalore-Delhi flight accused the cricketer of "boorish behaviour" on board the aircraft.

T R Ravichandran, the co-passenger, alleged that Sreesanth got into a "childish argument" with flight attendants when he was asked not to sit near the emergency exit. He said other passengers, including himself, objected to the players's behaviour, which led to delay in the flight taking off. 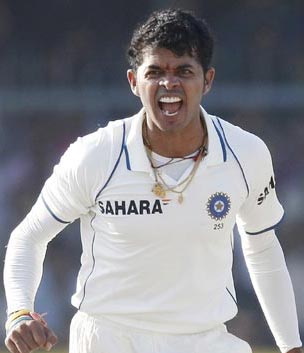 However, Sreesanth denied the allegations, saying he hardly had any conversation with the passenger.

Ravichandran claimed that the incident took place on flight S2 4234 from Bangalore to Delhi.

"Sreesanth was alloted seat 29A, which incidentally was close to the emergency exit. And as he was sporting an injury, flight attendants requested him to move, albeit temporarily, till take-off to ensure that no one is inconvenienced in case of any emergency. Instead of letting the attendants do their job, he got into a childish argument thereby delaying the take off by 15 minutes," Ravichandran was quoted as saying in a letter to Times Now.

"Inspite of four people requesting, he kept insisting he would not move and that he was not injured, he is a sportsman etc. As a fellow-passenger, I objected to his boorish behaviour," he added.

Denying the allegations, Sreesanth said, "I was with a friend and there were passengers next to me, I don't know why they are complaining. This incident, I am totally unaware of it. I hardly had any conversation with any one of them.

"In fact, I was listening to music which I usually do. Using an abusive language in a public place, I will never do that. They said 29A was my seat because it was a full economy flight and I had to travel two-and-a-half hours to Delhi," said Sreesanth.

"The person said that I was not fit. I said I have not asked for a wheelchair. I was about to miss the flight and I ran into the flight," he said.

No stranger to controversies, Sreesanth was involved in the infamous slap-gate in a 2008 IPL match at Mohali, where he was slapped by then fellow-India teammate Harbhajan Singh after an altercation.

Source: PTI© Copyright 2021 PTI. All rights reserved. Republication or redistribution of PTI content, including by framing or similar means, is expressly prohibited without the prior written consent.
Related News: Sreesanth, Ravichandran, Harbhajan Singh, Times Now, Delhi
SHARE THIS STORYCOMMENT
Print this article
Mamata to meet PM, Sonia today
Naveen to back Ramdev's stir if it goes on peacefully 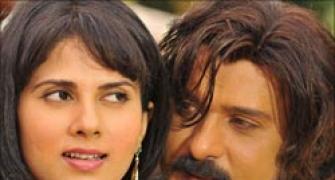 MI look to seal playoff berth when they face Royals