Pakistan's suspended Test captain Salman Butt will attend a hearing into spot-fixing charges in Doha in January after the International Cricket Council rejected his application to adjourn proceedings.

Butt, who faces charges alongside teammates Mohammad Amir and Mohammad Asif, had wanted to defer the ICC's anti-corruption tribunal hearing until after an investigation held by Scotland Yard into the allegations had finished.

An ICC statement on Wednesday read: "Mr Beloff, the chairman of the ICC anti-corruption tribunal, following a lengthy telephone hearing and having received written submissions, has ruled that Mr Butt's application is denied and as such, the full hearing will take place as scheduled from January 6-11 2011 in Doha, Qatar."

The three cricketers were suspended by the ICC in early September after the News of the World newspaper claimed that Pakistani bookmaker Mazhar Majeed had paid them bribes to bowl no-balls deliberately in the fourth Test against England at Lords.

The ICC tribunal will hear evidence from the ICC anti-corruption unit and decide whether to ban the players or remove their suspensions and allow them to resume their careers.

The lawyers representing Amir and Asif had not supported Butt's plea.

"We want a decision on the suspensions and allegations against my client soon," Amir's lawyer Shahid Karim told Geo Super channel.

"Asif's lawyer has also not supported this move," he added. 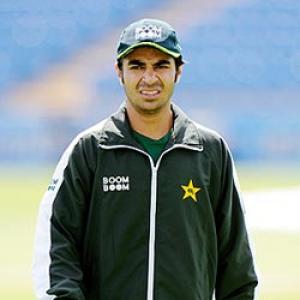