Disappointed with the Pakistan Cricket Board's handling of the spot-fixing trial at the end of which led to three of country's cricketers being jailed in the UK, Pakistan President Asif Ali Zardari has instructed it to provide all necessary legal help to the tainted trio.

Interior minister Rehman Malik said Zardari, also the patron-in-chief of the PCB, is miffed with the way the matter was dealt with by the Board.

The spot-fixing trial ended on Thursday with former Test captain Salman Butt and pacers Mohammad Asif and Mohammad Amir being jailed after 20 days of non-stop hearings. Malik said that he had briefed the President on the trial and sentences handed to the three players.

"The President has directed that he be given a comprehensive report from the Pakistan Cricket Board on the issue and on the sentences given to our players," Malik said.

The President has also directed the PCB and Malik to look for ways to bail out the three players.

While the court handed out a 30-month sentence to Butt who was captain when the spot-fixing allegations surfaced, Asif was given a one year jail term and Amir, 19, was told to spend six months in a youth detention and correction centre.

Malik told reporters that he had asked Pakistan's High Commissioner to UK Wajid Shamsul Hassan to provide necessary legal aid to the trio where possible.

Malik had said that if it were a conspiracy against the players, it should be revealed to the world and a commission should investigate the issue from scratch.

"We cannot rule out the possibility of any of the convicted players being innocent," he said.

Malik said that the players will not be left alone and that legal aid would be provided to them.

"What is the use of seeking report now. What was the government doing when the trial first began in June. Why react now when the damage has been done to Pakistan cricket," he said.

Noted lawyer Umar Khayyam, who represented Test batsman Yasir Hameed in his complaint against the now defunct News of the World newspaper said the government has lost its opportunity to do something for the players.

"There is a provision where before the trial goes to court a diplomatic clause can be evoked on the request of a government which is a member of the Commonwealth and considered a friendly country by the country where the trial is being held," Khayyam said.

He noted that since the start of the spot-fixing scandal the PCB and government had lagged behind and not been proactive in playing their role in the entire episode. 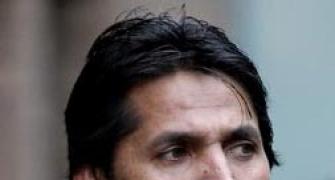 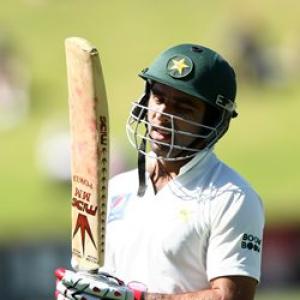 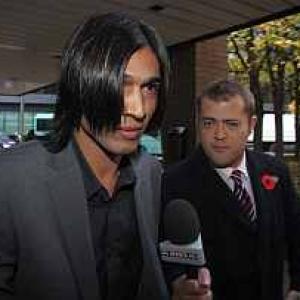