'Like a bit of the past sort of came up, if you know what I mean, from a few years ago. That was probably the first thing I thought about.' 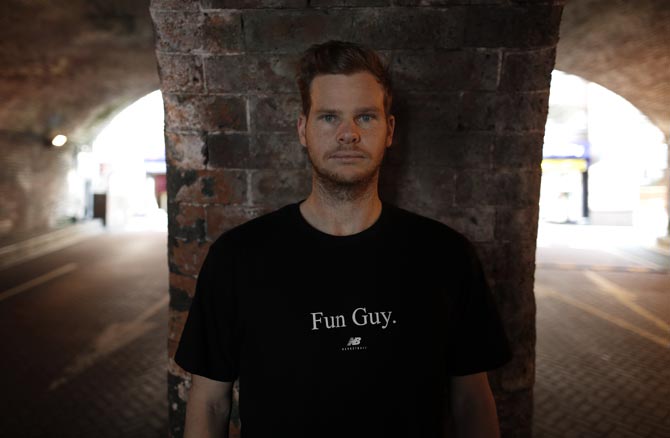 IMAGE: Steve Smith expects to be back in the thick of it in the fourth Test in Manchester. Photograph: Ryan Pierse/Getty Images

Australia talisman Steve Smith has said he will change nothing in his approach to facing Jofra Archer after being hit by a short ball from England's tearaway paceman but admitted the blow had revived troubling memories of Phillip Hughes.

Smith's former Australia team mate Hughes died after being struck with a bouncer during a Sheffield Shield match in Sydney in 2014, shining the spotlight on the dangers of short-pitched bowling.

Smith was floored by a short Archer ball in the second Test at Lord's, and although he returned to bat again after a concussion test, he was later ruled out of the third match at Headingley, which England won in a cliffhanger by one wicket.

The former captain said his mind was racing after the immediate impact of the blow from Archer's delivery.

"I had a few things running through my mind, particularly where I got hit," Smith told reporters.

"Like a bit of the past sort of came up, if you know what I mean, from a few years ago. That was probably the first thing I thought about.

"Then I thought, 'I'm actually OK here'. I was a bit sad, but I was alright mentally for the rest of that afternoon."

With Australia's best batsman sidelined at Headingley, all-rounder Ben Stokes scored a magnificent unbeaten century to carry Joe Root's England to victory and level the five-match series at 1-1 ahead of the fourth test at Old Trafford next week. 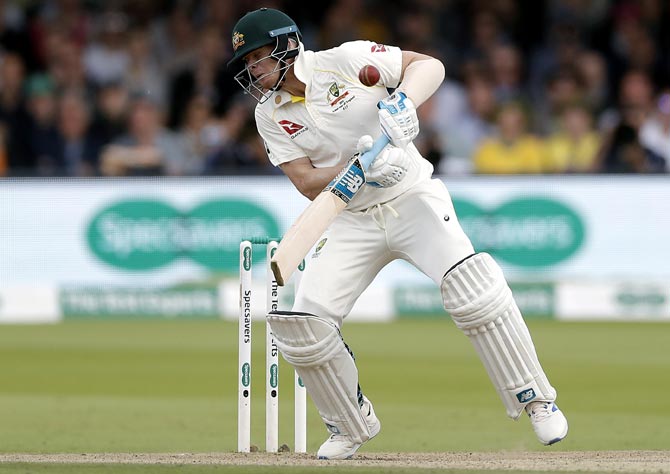 IMAGE: Steve Smith was floored by a short ball from Jofra Archer in the second Test at Lord's. Photograph: Ryan Pierse/Getty Images

Smith did not relish being a spectator at Headingley but said he expects to be back in the thick of it in Manchester.

He dismissed the idea that Archer might have an edge against him should they face off again.

"No, I'm not really going to change anything. There's been a bit of talk that he's got the wood over me but he hasn't got me out," said Smith of England's tearaway paceman.

"He hit me on the head on a wicket that was a bit up and down at Lord's.

"All the other bowlers have had more success against me, I dare say. I've faced them a bit more but they've all got me out a lot more, so, yeah, pretty comfortable about that."

Smith sounded equally comfortable with the prospect of an even heavier short ball barrage at Old Trafford.

"If you bowl it up there it means they can't nick me off or hit me on the pad or hit the stumps," he shrugged.

"With the Dukes ball, I don't know -- it's an interesting ploy, so we'll see what happens."

Governing body Cricket Australia is looking to make neck guards compulsory on helmets within a year to give batsmen more protection.

Smith said he had tries them out and his heart-rate had gone up about "30 or 40" beats per minute.

"I just feel claustrophobic. I compare it to being stuck in an MRI scan machine so it was different," he said.

"At some point they're probably going to become mandatory so I am going to have to get used to them."

© Copyright 2020 Reuters Limited. All rights reserved. Republication or redistribution of Reuters content, including by framing or similar means, is expressly prohibited without the prior written consent of Reuters. Reuters shall not be liable for any errors or delays in the content, or for any actions taken in reliance thereon.
Related News: Steve Smith, Phillip Hughes, IMAGE, England, Australia
SHARE THIS STORYCOMMENT
Print this article 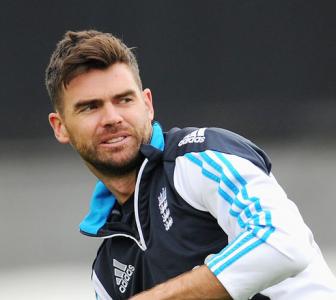 Anderson gets into groove as he aims at recovery 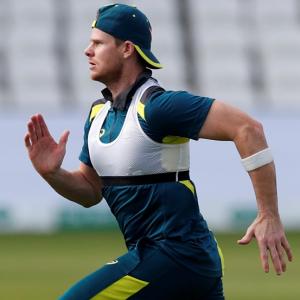 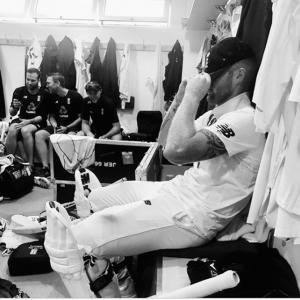