‘I guess we are the underdogs in this series. You hear comments like Harbhajan who expect us to lose 4-0’ 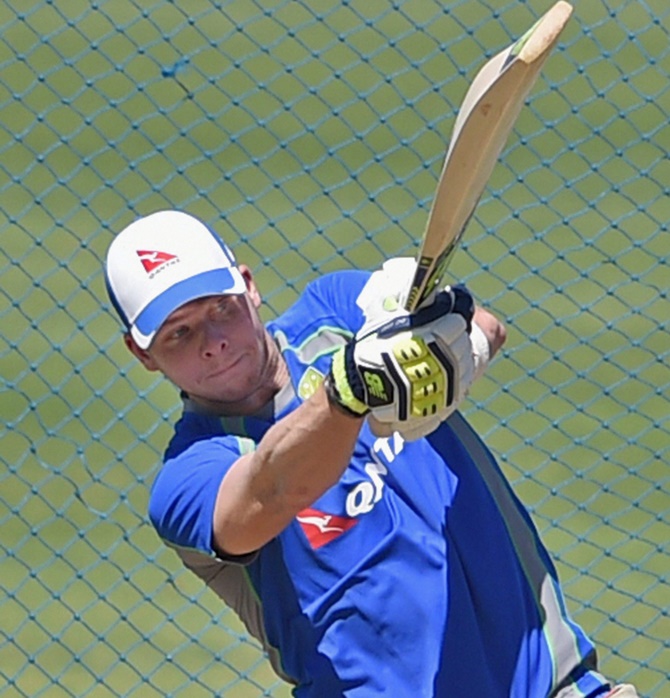 Steven Smith rejected former India off-spinner Harbhajan Singh's assertion that the touring Australian squad for the four-Test series against Virat Kohli's men was a weakling and said that his team was capable of competing well against the hosts.

"Everyone is entitled to their opinion. However, I don't believe that's the case. I'm confident in the squad and we've got here to compete against India," Smith said ahead of the series opener commencing in Pune on Thursday.

"No doubt it's going to be a difficult series. India have played some very good cricket off late, particularly at home. So we're under no illusions there, it's going to be tough. But we've got the squad here that can compete in these conditions," the Australian skipper said.

Smith was candid enough to say that his team will start the series as underdogs.

"Yes, I guess we are the underdogs in this series. You hear comments like Harbhajan who expect us to lose 4-0. That's not how we feel. We want to compete here against India. It's going to be a tough series, they've got some quality players in their line-up. So yes, it's going to be difficult.

"But I guess what I want to see from my boys is ability to adapt to the plans we have in place, show some fight and resilience in tough situations. There are going to be difficult moments in games, some key moments that we need to identify. Hopefully, we can have the skills, plans and mindsets in place to counter those difficult moments," he said.

"For us it's about not worrying too much about results over here. It's worrying about the processes and making sure that individually we have the game plans in place to give ourselves the best chance to succeed.

"It's the same as a team and for me to know which times to attack, which times to defend and understanding the tempos of the game really quickly and adapting," Smith added.

Smith said the wicket for the match looked very dry for a Test match.

"We don't have a team as yet. We'll wait until the toss to announce that. But we've got a few options, got a very big squad here to cover all options. At the moment, the wicket looks incredibly dry for a day before the Test match. So it will depend on what sort of combination we want to go in with," he said.

Smith felt lanky left-arm pacer Mitchell Starc was sure to make an impact with his pace and skills.

Smith said he had learnt a lot in the art of captaincy in Sri Lanka last year when Australia lost 0-3.

"We've lost 9 Tests in Asia, and we want to win one. So we're going to be trying our best to do that," he added.

Smith feels playing well against spin will be key to their success on the tour.

"I think that's one of the big challenge of playing spin bowling in Asia, uncertainty of what the ball is sort of going to do off the pitch. Playing spin in Australia is generally pretty consistent. It's here where there is uncertainties that we can become unstuck as a batter. For us it's ensuring we have a plan to play against the spinners like (Ravichandran) Ashwin, (Ravindra) Jadeja and the other spinner that they are going to choose tomorrow," he concluded. 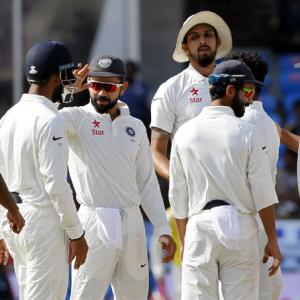 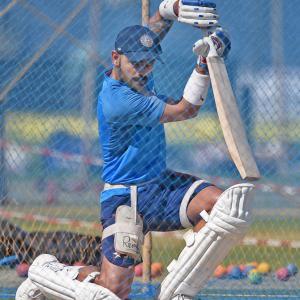 Not right time to pass judgement on my captaincy: Kohli