Allrounder Angelo Mathews has been appointed Sri Lanka's Test and ODI captain, replacing Mahela Jayawardene, for a period of one year.

The 25-year-old Mathews was Jayawardene's deputy and was the heir apparent to the captaincy since the latter announced that he would be quitting captaincy after Sri Lanka's tour of Australia.

Wicketkeeper-batsman Dinesh Chandimal will be Mathews' deputy, but will lead the national side in the Twenty20 format. 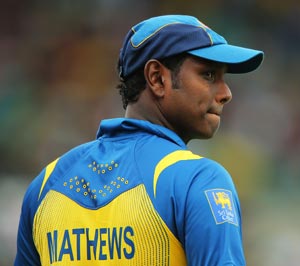 Lasith Malinga will be the team's vice-captain for T20.

The selectors have also named a 20-member pool of players for the two-match home Test series against Bangladesh, starting next month.