'There is nothing more. I believe one thing - never overstay your welcome.'

'If we win the T20 World Cup that will be the icing on the cake.' IMAGE: India's coach Ravi Shastri says he has over-achieved during his tenure, in terms of what he wanted to get out of his squad. Photograph: Ryan Pierse/Getty Images

Team India head coach Ravi Shastri intends to step down from his role after the T20 World Cup. He says he has achieved everything there was and does not want to overstay his welcome.

"I believe so because I've achieved all I wanted. Five years as No. 1 in Test cricket, to win in Australia twice, to win in England.

"I spoke to Michael Atherton earlier this summer and said: ‘For me, this is the ultimate - to beat Australia in Australia and win in England in Covid times.' We lead England 2-1 and the way we played at Lord's and the Oval was special," Shastri told The Guardian.

"We've also beaten every country in the world in their own backyard in white-ball cricket. If we win the T20 World Cup that will be the icing on the cake. There is nothing more. I believe one thing - never overstay your welcome. And I would say that, in terms of what I wanted to get out of the side, I've over-achieved. To beat Australia away and to lead the series in England in a Covid year? It is the most satisfying moment of my four decades in cricket," he added.

Shastri also said there should be less international bilateral T20 cricket to ease scheduling pressures on the players.

"I would like to see less and less bilateral T20 cricket. Look at football. You have the Premier League, the Spanish league, the Italian league, the German league. They all come together for the Champions League.

"There are few bilateral football friendlies now. The national teams only play for the World Cup or World Cup qualifying and other major tournaments like the European Championships, Copa America and the Africa Cup of Nations.

"I think that's the way T20 cricket should go. Spread the game in different countries, and take it to the Olympics. But cut down on those bilateral games and give time for the players to rest, recuperate and play Test cricket," he said.

"They (Team India players) all believe the same. There is enough franchised cricket. That is working. But what is the point of bilateral? In my seven years with this Indian team, I don't remember one white-ball game. If you win a World Cup final you will remember it and that's the only thing left for me as a coach. Otherwise, you bloody cleaned up everything across the globe.

"I don't remember a single white-ball game. Test matches? I remember every ball. Everything. But the volume is too much. We beat Australia 3-0 in the T20 series. We beat New Zealand 5-0 in New Zealand. Who cares? But beating Australia in two-Test series in Australia? Winning Tests in England? I remember that," he added.

With Shastri's tenure as India coach ending with the upcoming T20 World Cup in the UAE and Oman, talks have started in the BCCI corridors on the road ahead. And as fate would have it, former coach Anil Kumble looks like he could be back in the hot seat.

Sources in the know of developments said while it is no secret that Kumble did a good job in his first stint, it will also depend on the former skipper agreeing to come on board a second time before such a move sees the light of the day.

“While the process will once again be a transparent one, it is no secret that Kumble did a good job with the team. What led to the differences four years back doesn't concern anyone now as everyone has moved ahead. While he would definitely be a good option, it needs to be seen whether he himself agrees to come on board a second time. So his nod would also matter. But, yes, he is definitely someone who can take the team forward," the source said. 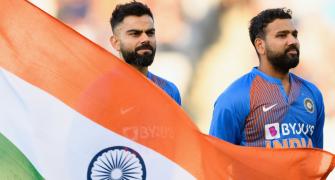 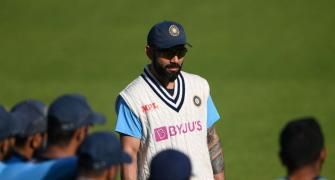 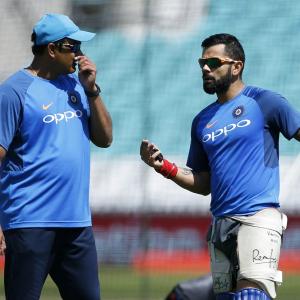 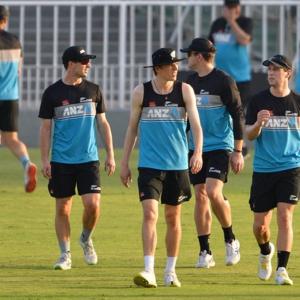