News
Business
Movies
Sports
Cricket
Get Ahead
Money Tips
Shopping
Sign in  |  Create a Rediffmail account
Rediff.com  » Cricket » Watson as a Test opener an insult to all Australian openers: Thomson

Watson as a Test opener an insult to all Australian openers: Thomson

Australian pace legend Jeff Thomson believes Shane Watson's surprise role as a Test opener is an insult to opening batsmen across the country.

Selectors named Watson as Australia's opener for next week's first Test against the West Indies at the Gabba.

Thomson delivered a typically blunt assessment of Watson's role as an opener, insisting it was "ridiculous".

The Courier Mail quoted him as saying that specialist openers around Australia had every right to be angry.

"He has gone OK as an opener in the short form of the game but I think it's ridiculous that he is opening the batting in Tests," Thomson said.

"How would you feel if you were Phil Hughes or Phil Jaques or Chris Rogers? Those blokes have a right to be completely p..... off.

"What sort of message does it send to blokes like Rogers if you continue to choose Watson in Tests? Rogers scored heaps of runs last season," he said.

"Do they want him to make 2000 runs? I'm not picking on Watson, because he's a good player and he's improving. But he is averaging 27 as a Test batsman ... all this stuff about him being a superstar is absolute b-------."

Hilditch sees Hughes as a long-term Test opener, but the youngster's form since arriving back from England has been far from convincing. 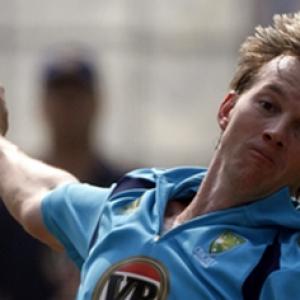