Should India bring in all-rounder Rishi Dhawan for Ravindra Jadeja, or strengthen the pace attack by playing Ishant Sharma? 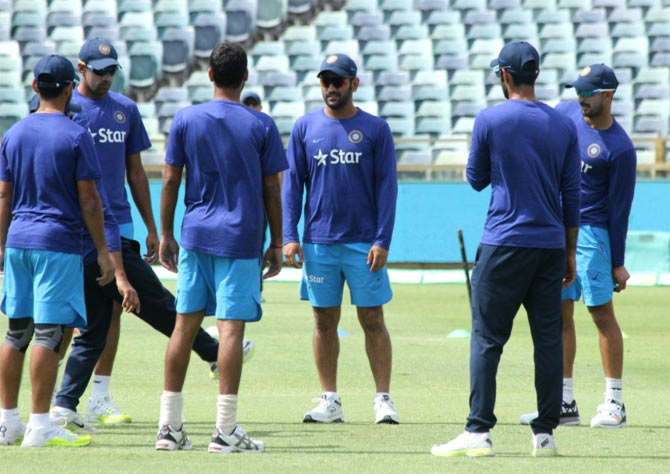 Following India’s shoddy bowling in the first One-Day International against Australia in Perth on Tuesday, many are wondering if the visitors were right in including two spinners in the playing eleven.

Australia, replying to India's 309 for three, hammered India's bowlers and cruised to 310 for five in 49.2 overs, Steven Smith and George Bailey hitting centuries after Rohit Sharma had slammed an unbeaten 171.

Australia, though, did not field a single specialist spinner in their eleven and part-time off-spinner Glenn Maxwell bowled three overs for 22 before being taken off.

The move gave ample indication that spin will have a minimum role in the ongoing ODI series Down Under.

For India, too, the pacers made an impression.

Debutant Barinder Sran led the way, claiming three wickets for 56 runs, while Umesh Yadav was unlucky to return empty-handed from his 10 overs, as his extra pace gave the batsmen a lot of problems. 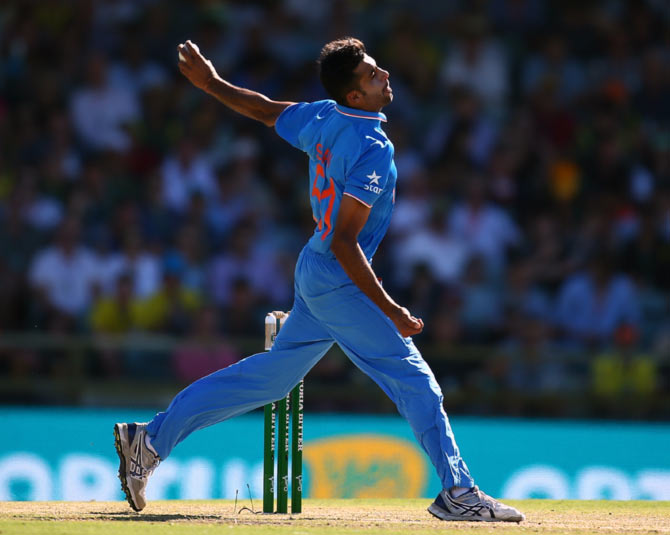 Former India opener Sunil Gavaskar came down hard on the bowling, saying, ‘the kind of bowling India have in these kind of pitches even a 350 score may be gettable for Australia’.

In the absence of a seaming bowling all-rounder India captain Mahendra Singh Dhoni went in with the experienced Jadeja, who looked totally clueless on the flat WACA wicket.

‘If you see the bowling department, the fast bowlers did a very good job; it was the spinners who could have bowled better if they could have just avoided the easy boundary deliveries,’ Dhoni said after the match.

Australia pacer Joel Paris had clearly outlined his team's strategy for the first two matches considering the conditions on offer.

‘WACA is a bouncy wicket so the quicks have a bit more effect here. We have got four quicks in the side. It's bouncy and quick out here and we would try to use that to our advantage,’ he said, adding, ‘There is no secret that WACA and Gabba are the two pitches which have the most bounce and carry."

Going into the next match, Dhoni does have a few options under his belt.

Rishi Dhawan can be that elusive seam bowling all-rounder the team is looking for, if his record in domestic cricket is anything to go by.

He took 28 wickets in eight matches in the Ranji Trophy this season for Himachal Pradesh while scoring 302 runs, including a century batting at No. 4 in the Vijay Hazare Trophy One-Day tournament, and nine wickets, at an economy rate of 5.98.

He also bowled a decent spell of one for 28 in seven overs in India's warm-up One-Day match against Western Australia XI ahead of the ODI series.

Ishant Sharma is also likely to come into the playing eleven in place of Bhuvneshwar Kumar, who bowled nine overs for 42 runs in the Perth ODI.

Axar Patel is another left-arm spin option available, but it seems unlikely that Dhoni will go into the second match with two spinners.

Do you feel Dhoni should bring in all-rounder Dhawan for Jadeja, or strengthen the pace attack by playing Ishant?

Select your Indian team for the second match against Australia, in Brisbane, on Friday, January 15. 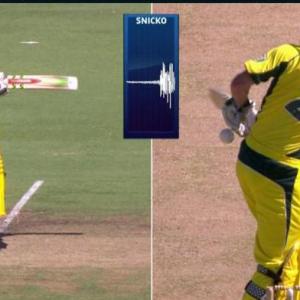 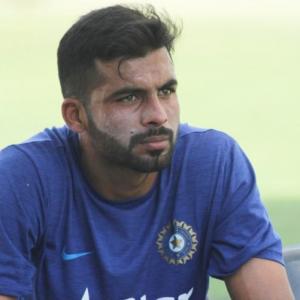 Check out who gives Team India an 'added advantage' in Australia!